I saw a really great collection of photos a couple of weeks ago, The 60 Most Powerful Photos Ever Taken That Perfectly Capture the Human Experience. And since I don’t have time right now to write a proper article, I wanted to offer up what I thought was the most impressive.

It is from the Korean War. During the height of combat, Sergeant Frank Praytor found an abandoned two-week old kitten. I assume its mother had been killed or otherwise displaced. This picture shows him feeding the kitten who doesn’t look like its had its eyes open for long. This does capture the contradiction of us humans. Our differences of opinion lead us to go to war with each other. But still, we are moved to save a helpless kitten. Of course, more and more I think our leaders get us to do the terrible things we often do. Basically, humans are decent. And we are often at are best under the worst of circumstances, as we see with Sergeant Praytor in this photograph.

Go check out all of the images. They are all quite good and many of them are truly amazing. I also really liked the photos of the Korean brothers, the Klan toddler, the Iranian skater girls, and the heart transplant photos. Enjoy! 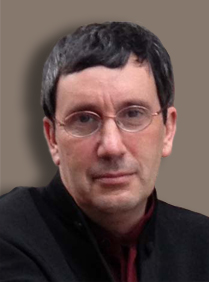 Well my friends, the next two days will have scant postings here. I am off to do some field tests with my business partner Mikhail on our totally cool high tech device that hopefully some day soon I will be able to talk about. It is arguably the best work that I’ve ever done. We are quickly getting to the point being able to release prototypes and maybe even getting some money. This project is also the reason that I don’t post quite as much as I used to. But you still get at least four articles per day!

There probably won’t be anything more today. Sunday will have a birthday post, but I’m not sure of what else. Maybe a lot else, but I’m not promising anything! Most of what is wrong with the American criminal justice system is summed up in the following headline from the ABA Journal, Rare “Perry Mason” Moment in Court Wins Dismissal for Defendant, Desk Duty for 5 Police Officers. The basic story is sadly typical. The police pulled over Joseph Sperling, a 23-year-old in the Chicago area. They claimed to pulled him over for not using his turn signal. Then, when the officer approached the car, while Sperling was getting his driver’s license, he just happened to smell the cannabis and discovered it.

But the story has a happy ending. The defense attorney, Steven Goldman, sent a subpoena to the Glenview police department for the squad car video. And what do you know? It turned out that every one of the five officers involved in the arrest told the exact same lies. The judge was not pleased about this, calling it “outrageous conduct.” And according to the article, “Cook County Circuit Judge Catherine Haberkorn granted a defense motion to suppress the search, which eliminated a basis for his arrest and resulted in a swift dismissal by prosecutors of the felony drug case against the 23-year-old.”

I am really glad that Sperling lucked out in this case. But what’s sad is that he indeed “lucked out.” This kind of police behavior is not just common; it is standard operating procedure. But look what happens to these cops who conspired against an American citizen, “The officers were later put on desk duty…” There will be an investigation. Most likely, it will find that any collusion was inadvertent. But even if the investigation finds that they did intentionally collude, nothing bad will happen to them because everyone in the police force knows that this is how they do their jobs. It’s just that normally, there isn’t video tape that exposes them. (And even when there is, defense attorneys don’t have the time to check it out.)

Police officers throughout the nation destroy the lives of people all the time. People get arrested on drug possession charges, become labeled felons, and have difficulty finding gainful employment for the rest of their lives. So I have no problem with throwing the book at cops that are caught doing this kind of thing. It shouldn’t just be a matter removal, much less the “indignity” of having to work inside the office. At minimum, they should be prevented from ever working in law enforcement again.

The system we have insists upon treating cases like this as though they are the exception instead of the rule that they clearly are. And so every time an officer testifies in court, it is just assumed that he would never lie. If I were on a jury (and I never will be, precisely because I think this), I would take officer’s word as less reliable than others. I’ve seen this in traffic court. Officers always claim to remember the most banal stuff, which they don’t. It is all in their notes, but of course, they could write anything in their notes. And we see that in this much more serious case.

People always argue for the death penalty as a deterrent to crime. It doesn’t actually work because people don’t usually make calculated, reasonable decisions about murder. But police officers do make calculated, reasonable decisions about bending the rules and making their jobs easier. Deterrents really will work on them. We should throw the book at these officers. Tim Curry is 68 today. To be honest, I’m not that fond of him as an actor in a general sense. There is a sameness to all his roles that I find boring. But as a musical comedy actor, he’s brilliant. And he is quite simply a fabulous singer. That’s where his true greatness lies and I still find it amazing that he hasn’t had a bigger career in that regard.

He got his start in London theater where he was in Hair. There he met Richard O’Brien who was writing The Rocky Horror Show. The rest, as they say, is history. Theater history. It was made into an iconic film in 1975. It is one of the silliest movies ever. And much of it really doesn’t work. But Curry is great in the part of Dr. Frank N. Furter. Here he is doing “Sweet Transvestite”:

In terms of his acting, he is also notable for playing the part of Mozart in the original Broadway production of Amadeus opposite Ian McKellen. Otherwise, he’s mostly stayed with musicals, which is really for the best. I don’t see how a musical starring Curry could miss. He’s also had a very successful movie career, but as I said, not of great artistic merit.

Curry has released three very listenable albums that for some reason are not held in high esteem. Last night I read the reviews on All Music and I was amazed how they did go on. The criticism seemed to be that the albums were not something else—the worst kind of review. I was particularly bothered by the review of Read My Lips. Because it was produced by Bob Ezrin with prominent use of Dick Wagner, the reviewer, Joe Viglione, got it into his head that it was a sequel to Lou Reed’s Berlin, and failed by comparison. This is despite the fact that the All Music review of Berlin is lukewarm.

I think that Read My Lips is a great album. So I’m going to present two songs from it. First, a reggae version of The Beatles’ “I Will”:

And this gorgeous version of Bacharach & David’s “Anyone Who Had a Heart”:

Of course, Read My Lips isn’t available on CD or even MP3 because America doesn’t believe in having the good kind of class.