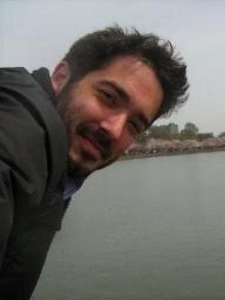 In the normal course of American political life, Tax Day plays a fairly limited role — an ideological emblem either of the yoke of government power or the obligations of citizens to contribute to the common good. President Donald Trump’s secrecy, and his unprecedented financial entanglements, have expanded that role dramatically. This year, the approach of Tuesday’s tax filing deadline inspired anti-Trump protests across the country, and renewed demands for the president to do what every president since Richard Nixon has done voluntarily and release his recent tax returns.

At his Monday briefing, White House press secretary Sean Spicer repeated the justification Trump has offered for withholding those returns from the public all along. “The president is under audit,” Spicer said. “It’s a routine one, it continues, and I think that the American public know clearly where he stands. This was something he made very clear during the election cycle.” Trump has asked the press to take this audit excuse at face value for almost two years, even as it is now within Trump’s power to ask the IRS to certify that he is, indeed, under audit.

Spicer, along with other White House officials and Republicans in Congress who are abetting Trump’s corruption, must be incredibly confident about the outcome of next year’s midterm elections.

Only the majority parties in the House and Senate have subpoena power. The chairmen of the House Ways and Means and Senate Finance Committees have power under the law to secure Trump’s tax returns and make them public. So although Democrats can’t promise voters huge legislative gains while Trump is president, they can credibly promise to address many of the ethical questions that have swirled around him since last year’s campaign — and that, if they’re not given control of one or both chambers of Congress, those questions will continue to go unanswered.