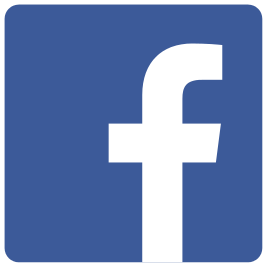 One of the best things about Facebook is that it allows you to enter a nickname for yourself. So if your real name is “Lil,” but everyone knows you as “Nancy,” you could add “Nancy” as a nickname.

I don’t use the function that way, of course. Facebook allows you to have many nicknames, and it lists your top nickname right under your real name on your header. So I can’t resist adding nicknames of obscure people just to jazz things up. I use it as a kind of barometer of how I feel. But I figured it would work as a kind of conversation starter. But it’s Facebook, so of course no one cares.

Just the same, since I took the time to create them, I thought I would go through them here and explain them. I really should add a category on Frankly Curious called, “Since You’ll Never Ask…”

Science fiction fans should know this. In the novel Neuromancer, The Dixie Flatline is the moniker of McCoy Pauly. Pauly was a legendary “console cowboy” (hacker). Doing so could kill you, if you, for example, interacted with the wrong kind of encryption. Pauly had died a number of times as a result of this — mostly to be revived.

What’s interesting about him is that he is dead when Neuromancer takes place. But his consciousness was saved on disk. So Molly and Case steal the construct to help them as a hacker in the job that they are doing. Pauly is not happy to learn that he isn’t alive and asks Case to see that he is deleted once the job is over.

I’ve always found that to be really interesting. Why would you mind being a computer program? Well, in Pauly’s case, it’s a problem in that he is a ROM. That is to say that he can’t change — grow and evolve. And if you can’t do that, there really is no point to “life” — regardless of how “real” it might seem.

I generally use “The Dixie Flatline” as my nickname when I’m feeling particularly existential.

I’m not even sure if it’s spelled correctly. It comes from the first episode of the second season of Rick and Morty. In it, Rick tells Morty and Summer that their father is the “Red Grin Grumble of pretending he knows what’s going on.” Both Morty and Summer laugh, and Rick slams them because he just made up the word — indicating that the two kids were pretending they knew what’s going on. He says, “Think for yourself!”

It’s mostly on my list because it’s an obscure reference to a television show that is attractive to the sort of people who would love obscure references. I put it up when I hate humanity more than usual. You’d think it would be up all the time, but my misanthropy is pretty constant, so I don’t get the option to use it all that much.

This is simply a statement of fact. And although I’ve never really wanted to be Terry Pratchett, I use it to express my general feelings of failure as an artist. It might also be something of a comment about my fear of Alzheimer’s disease and mental decline in general. If we don’t know who we are, who are we?

Nick Danger comes from “The Further Adventures of Nick Danger Third Eye” from The Firesign Theatre album, How Can You Be in Two Places at Once When You’re Not Anywhere at All. The skit is a parody of old radio dramas. I think I put it up just as an act of advocacy. Everyone should listen to it.

This is an annoying one. It’s from a Monty Python skit where the filmmakers are trying to figure out why a great Baroque composer is not better known. It might have something to do with the composer’s full name, “Johann Gambolputty-de-von-Ausfern-schplenden-schlitter-crass-cren-bon-fried-digger-dangle-dungle-burstein-von-knacker-thrasher-apple-banger-horowitz-ticolensic-grander-knotty-spelltinkle-grandlich-grumblemeyer-spelter-wasser-kurstlich-himble-eisen-bahnwagen-guten-abend-bitte-ein-nürnburger-bratwürstel-gespurten-mitz-weimache-luber-hundsfut-gumberaber-schönendanker-kalbsfleisch-mittleraucher-von-Hautkopft of Ulm.” Unfortunately, Facebook has a very short maximum on the number of characters in a nickname. Apparently, 420 is too many.

You know I’m not feeling too good if I’m using this nickname Jude Fawley. That is the name of the title character in Jude the Obscure. To me, Jude is a modern hero. But being “modern,” he is destroyed by the system itself. As we all are. I feel it every day — more on days I use this nickname.

Giuseppe Bottazzi — also known as Peppone — is the communist mayor in the Don Camillo films. They are a series of Italian comedic films starting in 1952 (based on novels) about a catholic priest in a small Italian town after Word War II. His conflict with Bottzaai is not political, but theological: communists are, by definition, atheists. At the same time, the two are a lot alike and kind of friends.

I don’t know why he’s on the list. I do like the films. But it is probably more about it being a very obscure reference. Like Don Camillo wouldn’t be obscure enough. (But seriously, if I saw “Don Camillo” on someone else’s list, I would think it kind of obvious. I spend a lot of time playing to an audience of me.)

Well, this one isn’t a surprise. Sancho is the most important character in Don Quixote. The title character himself isn’t that interesting. But it isn’t surprising I think that. I do have certain uncomfortably shared characteristics with the great knight. If I have Sancho up as my nickname, it means I’m feeling pretty good.

The two undervalued members of the Gilligan’s Island, they were just “and the rest” in the original theme song. In my family, they used to all call me “Gilligan,” because they thought I looked like him. That was before I put on all this weight. I thought I should have something for the prols.

Just as Don Quixote had to show up on the list, so too did Mobby Dick. Queequeg is probably the most interesting character in the novel. And I’ve long found it a major problem that he disappears for so much of the novel.

I use Queequeg to indicate that I’m feeling like an outsider. But the truth is that Queequeg is so self-assured that he never feels like an outsider. Good for him! It’s one of the things that makes him such a great character. It’s not something I really understand.

My Nickname, My Mood

It’s fun to use nicknames in this way. But no one notices. Probably the reason for this is because people just look at their feeds, not other people’s accounts. But since when has screaming into a vacuum been a problem for me?