As you know, Presidents have Constitutional authority to pardon people for any federal crime. This can be someone convicted, or someone who hasn’t faced trial yet. Ford pardoned Nixon of all crimes Nixon might have committed in office. A loyal gesture which doomed Ford to half a term.

You also know that Presidents are concerned about their “legacies”: how they will be remembered by historians. Perhaps this comes from reading too much modern history of past Presidents. Jackson, for example, is not coming off so well as he once did. Every President since Hoover has a Presidential library, where documents, recordings, and films are stored. Sometimes bones of those Presidents are there, too; six chose to be buried at theirs. Ford has both a library and a museum! (He’s buried at the museum.)

Up until recently, Barack Obama often said he hoped the Affordable Care Act (Obamacare) would be a major part of his legacy. Now, Democratic dreams of using the ACA as a start towards better and better health-insurance reform appear to be all but dead. With control of Congress and the White House, Republicans are almost guaranteed to wipe the law from history.

If President Obama wants to have something in his legacy besides being America’s first black chief executive (a proud legacy in itself), he should pardon Chelsea Manning.

Chelsea Manning is serving a 35-year sentence in Fort Leavenworth (this sentence imposed when Manning was 25). She has attempted suicide twice.

Pardons are used by Presidents for different reasons. Sometimes they are the result of a petition movement that stirred the President’s compassion. Sometimes they arise from a sense of injustice. Lincoln pardoned 264 of 303 Sioux men sentenced to death in the Dakota War of 1862. Perhaps this was out of mercy, perhaps sending a message that Confederate soldiers would not be tried as traitors. (The Sioux executed were those who had committed crimes against civilians; Lincoln pardoned those who only fought against the US Army.)

Pardons may protect former political allies. George HW Bush pardoned several Iran-Contra participants,. Bill Clinton did the same for old Arkansas cronies. Presidents pardon family members (Carter pardoned his brother). They can be posthumous. Send a cultural message. They can be any or all of the above; Carter also pardoned Jefferson Davis. This neatly acknowledged that Davis was a traitor and forgave him for it simultaneously.

A pardon of Chelsea Manning would send a different message; one to the future. The Trump administration is practically certain to commit high crimes and misdemeanors. Trump has already vowed vengeance on reporters who’ve ever criticized him. A Manning pardon could announce that people who expose government wrongdoing are to be celebrated, not persecuted.

Chelsea Manning is serving a 35-year sentence in Fort Leavenworth (this sentence imposed when Manning was 25). She has attempted suicide twice. The first time resulted in a cruel and unusual punishment of solitary confinement; the second time was during this confinement.

Manning’s conviction was over releasing classified video and text information which revealed two primary things. One, that US diplomats routinely lie to and manipulate other diplomats, which is a complete shock to absolutely no one (diplomats from other countries do exactly the same).

The second offense was identifying war crimes committed by the US military. Chelsea Manning leaked a number of important things:

Doing so was an act of pure moral courage on Manning’s part. And, quite possibly, required by military law. 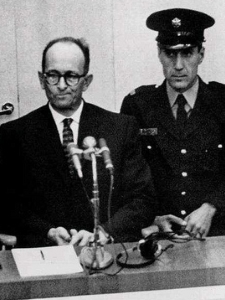 In the Nuremberg trails of Nazi war criminals, an argument used repeatedly by defendants involved claiming they were only following orders. Partially in response to this (also possibly to bolster our moral authority in reconstructing Germany and Japan, where we’d bombed millions of civilians), Congress authorized new rules for our armed forces in 1950. They are the Uniform Code Of Military Justice, or UCMJ.

The UCMJ is our military law. It concerns violations within the armed forces. If a soldier on leave is caught pickpocketing a tourist’s wallet in Times Square, that soldier will face criminal prosecution under normal New York laws. If a soldier steals a fellow soldier’s smartphone while on base, that soldier is disciplined via the UCMJ.

Everyone joining the military is made aware of the UCMJ. They aren’t taught the whole thing (it’s huge), but told how the rules are different from other rules. For example, spitting on another person’s shoes in civilian life is not illegal (most places). Spitting on an officer’s shoes in the military can get you in big trouble. Conversely, if you punch a fellow soldier, you will be busted for months, yet no criminal charge goes on your civilian record. In civilian life, you can be sued or charged with a crime for that.

Article 92 of the UCMJ says that military personnel have a duty to obey lawful orders and to disobey unlawful ones. What is an unlawful order? This is tricky. Generally, anything that would be considered a war or civic crime. What constitutes a war crime can be difficult for combat personnel to answer. Consider this: you are ordered, “Blow up that house!” You say, “I saw kids in there.” And your commander says “They’ve left, it’s all enemy soldiers now.” Who bears the moral burden?

If you blow up the house, and find dead children, who was wrong? Perhaps your commander saw shadows and thought they were children running out. If you refused to blow up the house, you would be under major risk of prosecution for insubordination. If you defend your insubordination as disobeying an illegal order, you need to prove your commander knew for certain kids were inside. That’s almost impossible to prove.

Manning had vast proof of illegal orders being issued, of war crimes, and things that others in the military had reported and were being ignored. She wrote “This is one of the most significant documents of our time removing the fog of war and revealing the true nature of 21st century asymmetric warfare.” Whether or not Chelsea Manning was acting out of fidelity to the UCMJ, or simple moral revulsion, I do not know. She made a brave decision to share this information with the world — and more important, with the American people.

Our President is called the commander in chief of the United States Armed Force for a reason. The President is a civilian; our military is under civilian control. By voting for President, we decide who gives orders to our military. In order to assess if our President is a good commander, we need to know what our military has actually done. Past tense: done. Things the enemy already knows. War crimes? Body counts? Those are not secrets to the other side. And if they are kept secret from American voters, this effectively eliminates citizen command of the military.

What Chelsea Manning leaked about diplomacy was a good laugh to diplomats all over the world. It embarrassed us a little bit. Who cares? That’s like sharing video of a President farting. It harmed no one. What Manning leaked about our wars was a vital service to American democracy, and fully in keeping with the highest ideals our military forces aspire to.

One of Donald Trump’s notable characteristics is never admitting to being wrong. One of Barack Obama’s many noble attributes is his willingness to share self-criticism in public. The first poses as strength; the second shows real strength.

President Obama did not choose to put Chelsea Manning in prison (she was charged under the UCMJ). But he has not pardoned her service to the nation. And his administration has prosecuted other whistleblowers who acted out of ethical concerns.

If President Obama pardoned Chelsea Manning, it’d signal to America what distinguishes Democrats from Republicans most: our ability to change what doesn’t work. Obama, no doubt, thought it crucial for national security that we come down hard on whistleblowers in this new age of cyberleaks. And yet we need to distinguish between those who should be removed from sensitive positions and those who should be jailed for treason. (Much like the decision Lincoln made about pardoning the Sioux men.)

It would signal that in the next four years, what we need above all are fearless people willing to shine a light on any wrongdoing by the new administration. Power, especially unchecked power, affects the judgment of even those most determined to resist it. There is little indication President-elect Trump has any such determination.

A Legacy to Be Proud Of

Barack Obama will be remembered as an inspiring example to America of what foolishness we perpetuated by keeping African-Americans from our political sphere, and what evil we continue to perpetuate by permitting the poison of racism in our culture. He’ll be remembered as a skilled political navigator who overcame Republican efforts to dismantle functioning government during his last six years.

Yet his signature legislation, the Affordable Care Act will almost certainly be gutted — becoming a historical footnote. But there are still things he can do to help the nation and improve his legacy. He could do something unprecedented and far-reaching by pardoning Chelsea Manning. It is something that might inspire the next person in the next (or any other) administration to have Manning’s courage to speak out.

That would be a legacy. It’d certainly last longer than the worship we once had for Jackson.