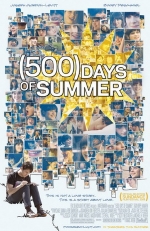 I’ve never seen the film 500 Days of Summer. And I’m not inclined to. It is directed by Marc Webb, who directed the 2012 version of The Amazing Spider-Man, which I wrote about at the time, The Not So Amazing Spider-Man Writers. As you can tell from the title, my problem was with the writers, not the director. But the director is generally the guy who says, “Yes, this screenplay is ready; let’s shoot!” And look: if the guy were an artist, would he be directing such dreck?

But the other day, I came upon this one sequence in the film that is shot in split screen. It is “Expectations vs Reality.” The principle character is coming to the birthday party of his ex-lover. He imagines that they are going to get back together. So on the left side of the screen, we see his expectations for the party, and on the right, we see the reality. In general, I’m not a fan of the split screen. In fact, I even wrote that I did not see a narrative reason to ever use it. Well, I think I was wrong. This is just marvelous:

I did hop over to Wikipedia to see if the whole of 500 Days of Summer might be worth checking out. But it turns out the whole film is more or less what you would expect from the director of The Amazing Spider-Man: boy falls in love with the wrong girl, eventually realizes it, finds the right girl. But this three minutes of film is great.

If you get rid of the whole love-interest aspect of the reality part of the story, that’s pretty much every party that I’ve ever been to. It’s also why I don’t like going to parties — and why I always bring a book. 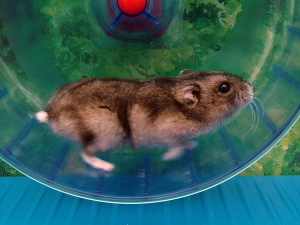 I know you must all get tired of these articles where I whine about my life. But I think this one is a bit different and more interesting. It occurred to me today that what I most hate about my life is the speed of it. What is the point of it all? I understand that everyone has to work. But we all run around doing mostly pointless things. We do bad work — quickly.

For a month now, I’ve been wanting to write about two translations of Don Quixote. The first is by the painter Charles Jarvis and the second is by the novelist Tobias Smollett. The latter is the better known of the two, and is still published. In fact, the Barnes & Noble Classics edition uses the Smollett translation. The problem is, it is almost certainly not a translation. He seems to have just taken Jarvis’ translation and rewritten it.

To write about that properly would take days — many days. There are certainly at least a few PhD dissertations in it. I’m sure I could get a very long article just comparing one chapter. And that would be a worthy use of my time, even though very few people would be interested in reading it. It’s not like the “Smollett ripped off Jarvis” fact hasn’t been well established. Indeed, in 1949, Samuel Putnam wrote, “The version published by T G Smollett in 1755 merits little consideration as it is merely a working over of Jarvis.” But there is much to be said for doing something worthy at a leisurely pace.

The funny thing is that after thinking this all day, I got the opportunity last night when the power for the entire neighborhood died. At first, I was frantic. But once I found the candles, I realized it was quite a blessing. I got one of my Jarvis copies out and started to read, laying on my couch. It’s hard to read by candle light, but that made it even better. It forces you to read slower and you can savor every word. And just as I was really getting into it — Ta da! — the power came back on.

And the world went back to its normal frenetic pace. I had to finish an article for work that had to be done fast. (If I’m writing it, it’s because it has to be done right away; about the best turn-around time is three days for a freelancer for reason that really have nothing to do with them.) And there were several other things. Plus, there was Frankly Curious, but you know: nothing really good or anything. This, as a matter of fact.

It wouldn’t matter if we were at war. Or working at a hospital. In fact, I tell my writers that when they screw up, “We run a website, not an ER.” But that really is the problem with the modern world: we treat everything like it’s life or death. I have a friend who works for ComCast — or whatever they call themselves now. And he works enormous numbers of hours. And when there is a big launch, he works even more hours.

And why? Really! I want to know. It isn’t life or death. It isn’t even profit or loss. It’s more or less profit. We have the technology to allow everyone to live meaningful, fulfilling lives. But instead, we all run around like some kind of bizarre organic perpetual motion machine. It’s not a machine that does anything of much value. It’s more like a hamster on a spinning wheel.

We’re crazy. We are all crazy.

Hamster on spinning wheel by Doenertier82 at the German language Wikipedia, licensed under CC BY-SA 3.0, via Wikipedia.