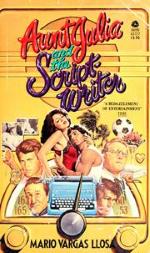 Because the daughter of his brother Robert was as perfect a specimen of young womanhood as Richard was of young manhood: one of those beauties who do honor to the species and who make figures of speech comparing teeth to pearls, eyes to stars, hair to flax, and complexions to peaches and cream sound far too pedestrian. Slender, with dark hair and very white skin, her every movement graceful, even her manner of breathing, she had a tiny face with classic lineaments, and features that appeared to have been designed by an Oriental miniaturist. A year younger than Richard, she had just finished secondary school; her one defect was timidity — so excessive that the organizers of the Miss Peru contest, to their despair, had been unable to persuade her to enter — and everyone, including Dr Quinteros, was at a loss to explain why she was getting married so soon, and above all why she was marrying Red Antúnez. There was no denying that young Antúnez had certain things going for him — his good heart and his good nature, a degree in business administration from the University of Chicago, the fertilizer company he would one day inherit, sereral cups he’d won bicycle racing — but among the innumerable boys of Miraflores and San Isidro who’d courted Elianita and who would have committed murder or robbed a bank to marry her, Red was beyond a doubt the least attractive and (Dr Quinteros was ashamed of allowing himself to harbor such an opinion regarding someone who within a few hours would become his nephew by marriage) the dullest and most dim-witted.