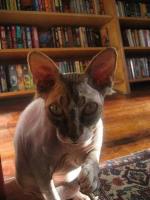 Back on the first of February, Alan Beatts announced that he was closing up his store, Borderlands Books. The proximate cause was the recent minimum wage increase in San Francisco. He didn’t see how the business could survive. It’s not hard to understand. Unlike most businesses, book stores can’t raise prices — people will just go to Amazon. And the minimum wage isn’t even the major issue. Borderlands is located in the Mission district, which has been seeing rents go up steadily for the last two decades. It was a sad announcement, but it actually didn’t have much to do with the minimum wage. And indeed, Beatts is a supporter of the new minimum wage.

But when the announcement was made, the conservative world went crazy. The Washington Free Beacon incorrectly reported, San Francisco Bookstore Closing Due to Minimum Wage Increase. No mention was made of the specialized nature of the store — it is a science fiction bookstore — or the macroeconomic forces that are hurting the store. But why would the article mention these things? Conservatives know that the minimum wage always destroys jobs and is just terrible. A bookstore was closing and that was all the “proof” they needed. What to be done? Every conservatives knows that liberal policy always fails.

Apparently, there was something to be done. Even in Beatts’ announcement, he mentioned that they were looking at other alternatives. They were, for example, looking for some way to lower the cost of their rent, which went up 100% in 2000 alone. (That was the result of the dot-com bubble. But of course, after the bubble burst, landlords didn’t lower their rents.) But on 19 February, Beatts announced, An Opportunity for Borderlands to Stay Open. Customers had proposed a sponsorship program. So it came down to this, “Each sponsorship will cost $100 for the year and will need to be renewed every year. If we get 300 sponsors before March 31st, we will stay open for the remainder of 2015.”

How did it go? On 19 March, Beatts posted, Our Sponsors for 2015. The required 300 sponsors was met within 48 hours. As of the time of the post, Borderlands Books had 753 sponsors. It’s an impressive outpouring of support. But it isn’t too surprising. Groups like the science fiction community tend to be self-supporting. This kind of thing is much more likely to happen with a specialty store than with a general one.

It’s important to note that this alone doesn’t counter the conservatives’ criticism. But now that the bookstore is safe, I can say what was always clear: Borderlands Books did not have a viable business model. Even Beatts himself only made $28,000 last year — that’s $14 per hour, assuming he worked full time (and he probably worked more than that). The bookstore clearly was not taking in as much money as it was delivering to the community. For example, the bookstore does a lot of events and provides a place to hang out. The immediate support for the sponsorship program shows that the bookstore was worth more to the community than it had been charging. If the store hadn’t survived in this way, it could have found other ways to monetize its services. In other words: Borderlands Books was never going out of business because of the minimum wage increase.

Under normal circumstances, conservatives would not morn the loss of something like Borderlands Books. It would have just been another bookstore destroyed by more efficient larger bookstores. Creative destruction, am I right?! The fact is that with or without government, workers must earn a living wage. When Walmart employees must depend upon government programs, it is the owners of Walmart and not the workers who are getting welfare from the government. And that applies to the old Borderlands Books to a lesser extent. But now the company is in a better situation — providing fairer compensation for workers and owner.