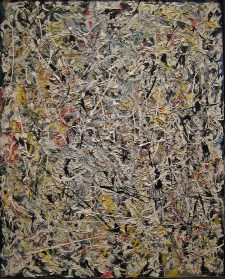 I am going to follow up on my last post about ontology, Atheists Need to Understand Theology. In that article, I argued that most atheists didn’t understand the concept of God well enough to claim to be against it. They are more areligious, because their real interest is in looking at silly religious beliefs and mocking them. Along with this is a total disregard for ontology: the nature of existence and why this is something rather than nothing. Well, maybe it is time that I discuss what I think about such matters.

I’ve long been fascinated by the question of why anything exists at all. This question has a long and distinguished pedigree. But it annoys me that people think it is a question that can be answered by science. This is because it is the ultimate question. It’s very nature is an infinite regression. The most simple form of it can be found in this short dialog:

Child: why does the universe exist?
Adult: because God created it.
Child: what created God?
Adult: uh…

On a more substantial level, we have Lawrence Krauss playing “Adult” in that dialog in his book, A Universe From Nothing. In that book, he claims the reason that there is something rather than nothing is because, “Nothing is unstable.” What makes that a particularly silly explanation for existence is that he really seems to think he’s got it all figured out. When theologians point out that it’s a mighty special kind of nothing that has all these properties, he really doesn’t have a clue what they are talking about. (This is not my opinion; he says this explicitly in the book.)

Just in case there is anyone as brilliant as Krauss reading, let me explain. If something has a property, it isn’t nothing. It doesn’t have to be matter. An idea is something. A physical law is something. So if “nothing” has the property of being unstable and occasionally spitting out universes, then it is “something.” This may seem like a semantic game, but it isn’t. I don’t think it’s hard to imagine a “nothing” that does not spit out universes. Thus, why do we happen to have this particular kind of “nothing” that does.

Does “Nothing” Even Make Sense?

More and more, I find myself with Henri-Louis Bergson and other philosophers who find the question of existence absurd. Why is there something rather than nothing? Why do you think that nothing is more natural than something? And I believe the reason that it feels like there should be nothing is because of the nature of our existence. At one time, we didn’t exist; now we do. So it seems as though the natural state of things is to not exist because that was our own natural state.

But how could there be nothing? It seems to me that ideas exist without having to be thought. That is to say that we discover ideas rather than invent them. But I’m hardly certain of that. However, it is clear that the problem is internal and not external. That is: it isn’t the fault of “something” that it isn’t nothing. I’m the one at fault because I can’t get past thinking about my existence and existence itself as the same thing.

This all makes me land in the company of Bertrand Russell, “I should say that the universe is just there, and that is all.” But I don’t like being in this company because it feels too dismissive. To claim that existence is a brute fact is unsatisfying. And the truth is that I don’t share this way of looking at ontology. Because existence is still mystical.

Existence is not a puzzle where we are moving to the point where the last piece is fitted and all is known. It is more like a Jackson Pollock painting that just gets more complex and lovely with each splash of paint. But unlike a painting, this goes on and on. Knowledge is a work in progress and it will be for humans right up to the point that we go extinct.

And so I will continue to think about the nature of existence until I go extinct. Of course, I’m not entirely sure I will go extinct, because I have some curious thoughts about time too. But we will have to leave that for another day.