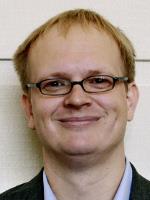 Most on the left usually ignores country music, seeing it as a mire of right-wing resentment best avoided, shunned, and ridiculed. This attitude betrays snobbishness toward working class people to the sound of the banjos in Deliverance. There’s no question that country music, like the southern white working class where it originated, has a deep conservatism. The banjo player Earl Scruggs was called the only man in country music who voted for George McGovern in 1972; his old partner Lester Flatt was more typically writing songs about hippies with lines such as “I can’t tell the boys from the girls.” From the string band pioneer Fiddlin’ John Carson playing a role in the 1915 lynching of Leo Frank to the cheap jingoism of Toby Keith and his bro knockoffs, the left has rarely had reason to take country music seriously as an art form that expressed the potential for solidarity.

That doesn’t mean country music hasn’t had its left-populist streaks. Going back at least to Roy Acuff’s “Old Age Pension Check,” a celebration of Social Security that venerates Franklin Delano Roosevelt, the music has occasionally reflected a politics of universal improvement that suggests a bit of class-consciousness. But more often, the politics of resentment has taken over. For all that people have attempted to explain away Merle Haggard’s “Okie from Muskogee” by saying it tells his father’s side of the hippie story (especially since Haggard was definitely smoking marijuana in Muskogee), “Fighting Side of Me,” his follow-up hit that attacked Vietnam protestors, is just ugly and awful. That’s just the tip of the iceberg for the nastiness of the country music response to the protests of the 1960s, which created a whole subgenre of songs dedicated to hating hippies, perhaps personified in Autry Inman’s “The Ballad of Two Brothers,” contrasting an older brother fighting in Vietnam to his worthless hippie brother protesting in the streets, who only learns how he has betrayed American values after the brother dies in Vietnam. During these years, popular country music became a vehicle for expressing white working class contempt for anti-war protestors and hippies, even as hippies such as Gram Parsons broadened its horizons and sympathetic figures such as Johnny Cash complicated its mainstream message.

2 thoughts on “Country Music and the Politics of Resentment”