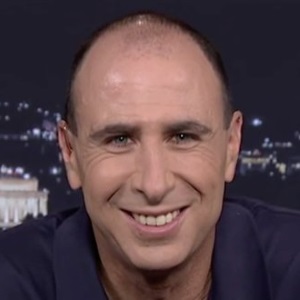 Last week, Jonathan Chait wrote an incredibly stupid article, What Happens When Elizabeth Warren Sells Out to Powerful Interests? It was another example of Chait’s obsession with charter schools. Since Warren isn’t a big charter school booster, Chait wanted to attack her. But doing that directly would be too obvious. So he wedded it to a minor point about the medical device tax and extrapolated. You can read all about it from Ben Mathis-Lilley at Slate.

If you asked Jonathan Chait, I’m sure he would say, “I’m just being objective; most liberals are being tribal in their skepticism of charter schools.” But is he really being objective? Well, there is one bit of evidence that contradicts that: his wife, Robin Chait, is the Director of Performance Management and Human Resources, Center City Public Charter Schools. I’m not suggesting that the two of them huddle in their home to come up with ways to deceive the public.

However, as Upton Sinclair said, “It is difficult to get a man to understand something when his salary depends upon his not understanding it!” But there’s a perfectly understandable reason for this. I’m sure that his wife, being in the thick of the charter school industry, hears every positive thing about charter schools and every negative thing about traditional public schools. And so she repeats them. And for some reason, after 25 years as a political writer, Jonathan Chait doesn’t know about this effect and so simply accepts the charter school industry line as “objective.”

Look at His Writing

But just look at Chait’s writing. On most subjects, he’s pretty even-handed. On education reform, he might as well be a conservative shill writing about global warming. All of his articles are cherry-picked.

Look at the Warren article above. He is right to note that Massachusetts’ charter schools are doing well on the metrics that America currently values. But he doesn’t even mention the counterargument for limiting the enrollment in charter schools: that increasing the numbers would decrease the quality. (This is a common thing in education reform: most solutions are not scalable.)

Anyone who thinks that one or two special carve-outs to their usual ideology shouldn’t be too certain that this is a sign of their open-mindedness. In most cases, it is simply a sign of their blind spots. That’s much more likely. And you can see it all over the place.

My favorite example is Christopher Hitchens. In his early career, he was a leftist. After 9/11 happened, he turned into at best an imperialist conservative. Yet he held on to all of his previous beliefs.

Hitchens had written The Trial of Henry Kissinger and he never stopped hating on Kissinger. Yet his views — almost from the moment the book was published — were completely in keeping with what he had earlier criticized. It wasn’t that Hitchens continued to be a Marxist (which he at times claimed) but somehow saw that the true threat to global peace were poor Muslim countries. It was just that Hitchens had developed a major blind spot — that consumed the rest of his life.

Jonathan Chait has a few blind spots. One is that he is simply unable to see educational policy in any even-handed way. His articles always start with his conclusion that unionized teachers care nothing for children and that the benevolent managers of charter schools care about nothing but children. It’s shocking once you notice it.

He also can’t see the NCAA objectively. That seems to be just because Chait used to play football and he really likes college football now. It doesn’t mean much. And he has stopped writing about it — probably because people just laugh at him like he was the drunk conservative uncle at Thanksgiving dinner.

The point is that just as with charter schools, Chait’s arguments are all one-sided, based on cherry-picked examples with no nuance at all. As Pareene notes: the real victims of political correctness are the same as always: marginalized people. And the people using political correctness against them are powerful people. Chait, of course, would see this in most issues.

We All Have Blind Spots

My point is not that Jonathan Chait shouldn’t have blind spots. We all do! But he should be self-aware enough to stop himself from publishing articles that he clearly doesn’t have sufficient distance from. He should stick with things he can see clearly like Friday’s Trump Didn’t Have Secret Contact With Russia — It Was Done in Plain Sight. I don’t say it is good simply because I agree with it. I say it because it isn’t actively deceptive like his articles on the NCAA, political correctness, and charter schools.

Jonathan Chait has some major blind spots and he should admit this to himself. Then he might not embarrass himself so often.