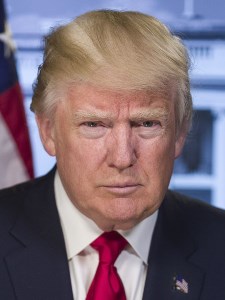 On November 8th when it became clear the Trump would be our next president the first thing I said was, ” well at least the TPP is dead.”

My only real concern about Hillary Clinton was that she would go back on the TPP. And about the only thing I liked about Trump was it he was clearly against these trade deals that are not good for America. They are good for America’s rich. But that is not the same thing — something to few commentators seem to understand.

Trump’s Reason for Hating Globalism Are Not Mine

I understood that Trump’s reason for hating these deals was that he was a racist. But the good side of that was that there would be no TPP and maybe he would actually do something good about NAFTA and other trade deals.

There was no question in my mind that he meant the stuff he said about trade deals.

Trump’s Changed His Mind on the TPP

And then I saw Zack Beauchamp over at Vox write, At Davos, President Trump Sold Out Candidate Trump. It is about Trump’s speech at Davos this morning. In it Trump took a much softer line on globalization. And he even said he was open to joining in with the other countries that were still doing the TPP.

According to Tufts University International Trade scholar Dan Drezner, this isn’t going to happen because Trump, as usual, has so many conditions that the other countries won’t be interested. But I’m not that interested in whether it happens or doesn’t happen. I’m interested in what this says about Trump.

This means that Trump has now given up on every promise he made when he was a candidate. I understand that people who are still Trump supporters are some of the stupidest and most ignorant people in the world. But if they can’t see now that Trump has sold them out completely they’re lost.

What it means is that the 30 percent of the American public that supports Trump do not support him for any normal political reason. Trump is not a president. He is a cult leader. 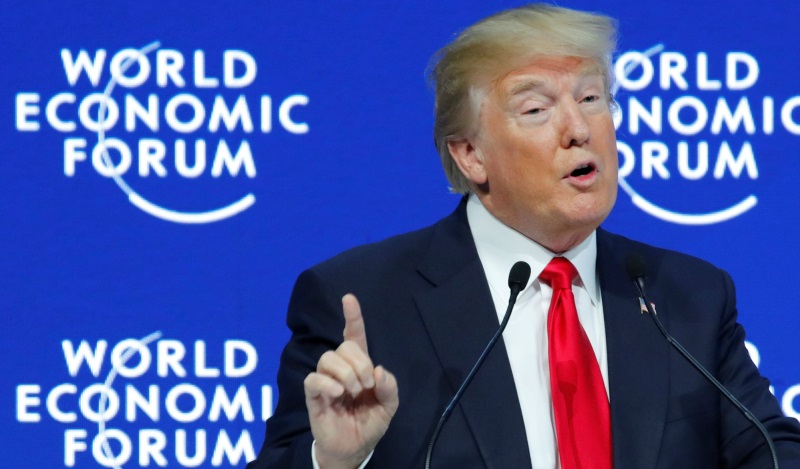 Trump Is a Cult Leader and the Republican Party Supports Him

“The Trans-Pacific Partnership is another disaster done and pushed by special interests who want to rape our country, just a continuing rape of our country.” —Donald Trump

And what’s most horrible about all of this is that the Republican party is entirely behind Donald Trump. This is because they know he is one of them. He will go along with their program of spending huge amounts of money on the rich so that when the Democrats get back in office they can’t do anything other than clean up his mess. (See Thomas Frank’s The Wrecking Crew for more on this.)

I Remain an Optimist — Or Fool

But still, despite everything I can’t help but continue to be an optimist. I can’t believe that Trump’s supporters won’t see this and react. It seems impossible that he won’t lose at least some of his cult members.

But I’m probably wrong. It’s possible that Fox News won’t even cover this. And if they do cover it they will cover it in such a way that it makes Trump look good.

Isn’t There a Breaking Point for at Least Some Trump Supporters?

But doesn’t there have to be some point at which these people wake up? Isn’t there a point where they will notice that he is against everything they want. It’s hard to believe. It really is. It’s hard for me to think so lowly about people — even Trump supporters.

But it is over for me. There is nothing that Trump stands for. He is an entirely typical assembly line Republican. The only thing that is different about him is that he’s worse at his job. And I guess we must be thankful for that.

Can the US Republic Withstand Trump?

Yesterday I heard someone say that if our democracy can survive Trump that will be a major accomplishment. It’s true. If it can manage not to be destroyed after this constant assault on it we really should be proud.

But we will still have a Republican Party that continues to support Trump regardless what he does. Roughly half of the people in America support a party that puts the interests of the rich above the interest of the vast majority of the country’s citizens — or even the country itself. So we have a long way to go. We have a lot of work to do. And it may be impossible.

Otherwise, democracy[1] is dead in America. This morning I was going to write about democracy itself in a more theoretical sense. I’ll probably get to that in a couple of days. But I had to write about this. Trump is a great threat to this country. And the number of ways he is a threat are so numerous that we can’t even itemize them.

Even if everything the Republicans say about Hillary Clinton we’re true she would still have been a far better and less dangerous president than Trump has already been. And I’m afraid the worst has not come yet.

[1] There was a time when conservatives went crazy if you referred to the US as a Democracy. “It’s not a democracy,” they would scream; “It is a republic.” At first, I didn’t give it a lot of thought. I just responded truthfully, “Yes, but it is a democratic republic.” They would never say anything because it was clear that these people really didn’t understand why the difference was a big deal. It all came from Glenn Beck. He wanted to repeal the Seventeenth Amendment to the United States Constitution, which made federal Senators elected by the people rather than by state legislatures.

The reason for this was that having state legislatures elect Senators was an incredibly corrupt system where very wealthy men simply bought their seats by buying off state legislators. Beck, like most modern American conservatives, do not believe in democracy. They want a plutocracy, where the government is run by the rich. The Amendment is over a century old and most people don’t even know that things were every done any other way. And an overwhelming number are against changing it.

1 thought on “The Final Trump Betrayal: Endorsement of TPP”