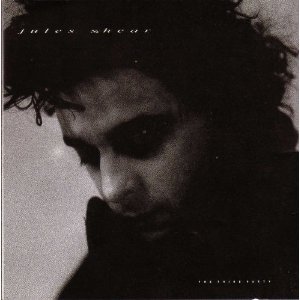 One of my very favorite songs is “The Girl’s on Fire.” And my favorite line in it is, “This is my darkness now, only I can see in it.” There’s a lot of meaning in that line.

It’s about pain. It’s about how no one can share your pain. We all lie to ourselves that we are part of a greater whole. But we aren’t. We are alone. We are so alone that most people won’t even allow themselves to think about it. That’s because it is so terrifying.

You Just Can’t Know My Pain, and I Can’t Yours

I spend a lot of my time as I’m waking up thinking about what it will be like to die alone. Since I don’t expect to live long and I am lucky to have a number of friends and family members who care about me, I expect that there will be people around to see me die. But they will only be spectators. It will be like a sporting event. They’ll be watching, but they won’t be on the field — in the game.

Don’t get me wrong, I don’t think of myself as so much an individual that no one can know what it’s like to be me. The fact is, I’m making an argument for us all. There will be no one around who truly understands your pain — or anyone’s.

“This is my darkness now, only I can see in it.” –Jules Shear

Oh certainly, we all know roughly what it is like to be dumped out of a long-term relationship. We know what it’s like to lose a job or something far less ephemeral like a child. We can all watch Love Story and sob when Ali MacGraw dies.

But we don’t know what it’s like for you. Because we aren’t you. Just as you aren’t us. Others can’t see in our Darkness and we can’t see in theirs.

The Pointlessness of Trying to “Cheer Up” Another

This is why people trying to cheer you up always works the opposite as intended. To begin with, even though you know they are trying to be helpful, they’re stealing from you. That pain belongs to you not them. And it’s pathetic too! Because they don’t know what you are feeling.

Indeed, “cheering up” someone usually has the opposite result, because it makes the person feel even more alone. It’s like someone commiserating with you about a dear pet that just died as though you’d just lost a car. Regardless, the only thing that can be said in such a situation is a platitude that you’ve not only heard before, but have probably used. So you feel bad hearing the platitude and you feel bad knowing that you were being equally useless to another friend.

The Only Relief to Your Pain

What if you can embrace your pain. I mean really do it: love your pain. Then you might have a chance. But that is a hard thing to do. And there is no one who can help you.

Otherwise, your only hope is death. And that’s not so bad. Because it comes to us all. And most of us have control over it. If the pain ever gets too bad you can kill yourself. This is a thought that cheered up Stevie Smith very much. And it cheers me up to.

That doesn’t mean you should do it. In fact, I think most people are wrong when they do it. But it’s nice to know that if things get so bad that you just can take it, you have the option.

Image of The Third Party taken from Amazon and licensed under Fair Use.

3 thoughts on “How to Deal With Mental Pain”