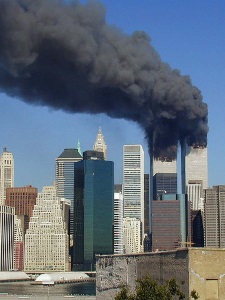 The US government segregates terrorism cases into two categories — domestic and international. This database contains cases classified as international terrorism, though many of the people charged never left the United States or communicated with anyone outside the country.

Since the 9/11 attacks, most of the 796 terrorism defendants prosecuted by the US Department of Justice have been charged with material support for terrorism, criminal conspiracy, immigration violations, or making false statements — vague, nonviolent offenses that give prosecutors wide latitude for scoring quick convictions or plea bargains. 523 defendants have pleaded guilty to charges, while the courts found 175 guilty at trial. Just 2 have been acquitted and 3 have seen their charges dropped or dismissed, giving the Justice Department a near-perfect record of conviction in terrorism cases.

Today, 345 people charged with terrorism-related offenses are in custody in the United States, including 58 defendants who are awaiting trial and remain innocent until proven guilty.

Very few terrorism defendants had the means or opportunity to commit an act of violence. The majority had no direct connection to terrorist organizations. Many were caught up in FBI stings, in which an informant or undercover agent posed as a member of a terrorist organization. The US government nevertheless defines such cases as international terrorism.

415 terrorism defendants have been released from custody, often with no provision for supervision or ongoing surveillance, suggesting that the government does not regard them as imminent threats to the homeland.

A large proportion of the defendants who did have direct connections to terrorist groups were recruited as informants or cooperating witnesses and served little or no time in prison. At present, there have been 32 such cooperators. By contrast, many of the 296 defendants caught up in FBI stings have received decades in prison because they had no information or testimony to trade. They simply didn’t know any terrorists.

—The Intercept
Trial and Terror