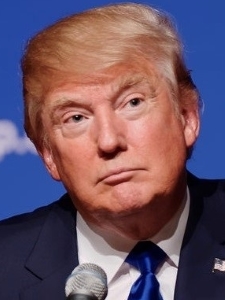 I want to take a quick moment to thank everyone who voted for Donald Trump. I am not thanking you for voting for him, of course. Regardless of what you think of Hillary Clinton, voting for Trump was an incredibly stupid thing to do. So I’m not thanking you for that — especially since most of you have been falling for this same Republican con for years. “I’ll fix the economy! Ooops! I guess yet another round of tax cuts for the rich didn’t work this time, just like it didn’t work every other time over the last 35 years! Who could have known?”

No, I want to thank all you Trump voters for not telling me that you regret voting for him. It’s already happening. But I assure you, it will happen in a big way soon enough. The fall is coming, as it always does. And it would be really unkind to try to save face with me by admitting fault. In fact, doing so could potentially land me in jail for assault. So I’m really thankful for all you Trump voters who are just going to remain quiet as you see your salaries decline and your healthcare vanish.

Now, it would be one thing if Donald Trump were something new. But what he is offering is no different from what George W Bush, George HW Bush, and Ronald Reagan offered. Oh, sure: the economy has improved. Productivity goes up! Dividends go up! But somehow, salaries don’t. There’s a reason for this. Economics is pretty simple: if you take money away from poor people and give it to rich people, the poor get poorer and the rich get richer.

So those people in rural Pennsylvania who voted for Donald Trump thinking he was going to bring the manufacturing jobs back? You should have known better. And that’s why I know I can thank you now for not saying you regret voting for him when the con is so obvious that even you can’t deny it. You’ve saddled America with this dangerous embarrassment for four and likely eight years. It would just be wrong for you to try to get on the right side of history once all the damage has been done.

Besides, you know that you’re just going to vote for the next Republican con man who comes along. You always do.