Will Donald Trump win? The inconceivable looks more and more conceivable. I’m not just talking about the polls. Or the media coverage. The economic fundamentals of this race are basically tied. And I suspect that is where we will end in November. Sadly, the American voter doesn’t pay much attention to politics. We go with our gut. And in the gut department, Trump is doing pretty well. It’s very easy to see Trump win the presidency.

This is the wrong way to think about this. Of course a political junkie is going to vote regardless of their low enthusiasm for a particular candidate. Where a 12 percent point difference in enthusiasm hurts is on the margins. Right now, Real Clear Politics has Clinton up by only 1.1 percentage points in a 4-way race. It doesn’t take many people just not caring to make Trump win.

Could Trump Win the Debates?

Liberals are now hoping that Hillary Clinton can turn things around in the debates. Could be! But I’m not very hopeful. Everyone already knows that Clinton is competent in the extreme. The supposed problem with her is that you just can’t trust her because of “lingering questions” and the “appearance of corruption.” Donald Trump’s well documented dishonesty is mostly a nonissue now. It is dog-bites-man. The people may not know, but the journalists do, so why cover it? 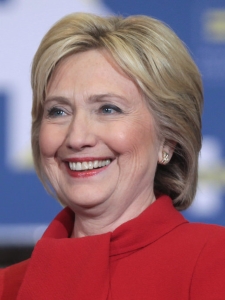 But I don’t know what liberals think Donald Trump is going to do at the debates. Do they think he’s going to bark like a dog? Or say that women shouldn’t vote? Do they think he will actively insult Clinton? No. He will do his “presidential” act. Clinton has real policy proposals? Trump will have policy-ish proposals. Most people won’t be able to tell the difference. And given the “expectations game” that the media play, it will very likely make Trump win.

There are things that bode well for Hillary Clinton. One is simply that even with all the bad press, she’s still ahead. We get a very skewed view of things when we look at the polling trend. The truth is that Clinton’s support after the DNC was always soft. Her support for the last month has been steady. It’s Trump’s support that has gone up. And I think that’s just Republicans falling in line. We all knew that would happen. It always happens. It happened with Romney.

There is also a over a month and a half left of this campaign. I don’t see things getting worse for Clinton. What’s more, I think that liberals have done a good job of working the refs. Even though the press is pushing back, saying that they are just following the facts, knowing that your fact-free anti-Clinton innuendo stories are going to be savaged will change the coverage. What’s more, I think (Hope?!) as we get closer to election day, a lot of third-party “I just can’t vote for Hillary” types will see the reality of the situation.

Finally, Clinton is good at the nuts-and-bolts of political campaigns. Donald Trump is not. The Clinton campaign has an army spread out across the country to get people to the polls. Is that enough for her to defeat Donald Trump? No, not alone. But it is a major advantage.

The fact that Trump has any chance at all of winning is terrifying. I’ve said for a long time that this election really will come down to a generic Republican versus a generic Democrat. The truth is that Donald Trump is a typical Republican. The only thing that sets him apart is that he’s vulgar. I’m not worried about him starting World War III. I’m worried about him filling the Supreme Court. There are many other things that I worry about as well. But the Supreme Court alone is enough to terrify me.

11 thoughts on “Trump Win? Reasons to Think Yes and No”