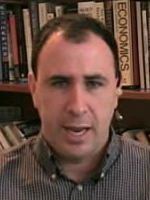 I’ve noted it many times, but it bears repeating: you know someone’s argument is nonsense when its justification keeps changing. I most associate this with conservatives. But the truth is that as the Democratic Party moved further and further to the right over the last 40 years, we’ve seen a lot of the same thing from liberals — especially when it comes to trade policy. And a great example of it came from The Very Definition of Liberalism Himself™, Bernie Sanders’s Case Against Free Trade Is More Ignorant Than Donald Trump’s. Jonathan Chait, you see, cares greatly about global poverty. And Crème brûlée.

The basis of my complaint is the same as it was last year, Data Journalists Don’t Know Anything About the Poor Anywhere. The point is that “free” trade deals were sold to the people of this nation as a great thing — for us. And if you look at total wealth, they have been good for us. The problem is that the gains haven’t been shared. So the poorer classes in this country are doing worse than they were before (more on that in a moment). So what is an upper class neoliberal like Jonathan Chait (or Matt Yglesias or Annie Lowery or Dylan Matthews or Ezra Klein) who is faced with this fact to do?

Change their arguments, of course!

“There are people in Zimbabwe who are really suffering… Oh, and I’ll have the crème brûlée for dessert…”

Because let’s be clear: each of those five journalists I listed make over a hundred grand a year — probably a lot more. Globalization has been great for them! Their iPhones are cheaper because they are made is sweat shops and their cab rides are cheaper because Uber drivers get all of the responsibility and none of the advantage of being “independent contractors.”

So they don’t pretend to care about American poverty anymore. Now it is all about the global poverty! Who cares if a black man in Alabama with a college degree isn’t doing any better than his father did without a high school diploma. “There are people in Zimbabwe who are really suffering… Oh, and I’ll have the crème brûlée for dessert…”

In his article, Chait argues that trade has been great for the reduction of global poverty (and implicitly that the American poor should just suck it up — and crème brûlée for him too). This is true, but it is hardly the whole story.

For one thing, Chait point to an article by economist Branko Milanović, but even he isn’t making that case. As is well-established, the reduction in global poverty is almost exclusively the result of China — not the world. And that decrease in poverty has gone along with about a doubling of income inequality in China.

Trade Is Great — in Theory

Trade is a good thing — in theory. The way it is supposed to work is that the costs of things go down — for everyone. It was never sold as a solution to global poverty. Everyone was supposed to benefit. But our trade deals have not been structured to help everyone. It’s been free trade when it comes to middle class workers here at home but full tilt protectionism for upper class workers. In a perfect world, it wouldn’t matter that a janitor was making less money if the cost of things like medical care were going down too. But they aren’t.

As Dean Baker has noted, “Under US law it is necessary to go through a residency program in the United States to practice as a doctor.” Is that really about saving us from unqualified doctors from Germany, Japan, and India? Of course not! It’s about a rich and powerful interest group skewing the economy to their benefit. And that is why doctors in the US make roughly twice what they do in other industrialized countries.

Trade deals have worked out better for people in poorer countries, and that’s good. But the economy is not, as Chait clearly believes, a zero-sum game. Everyone was supposed to be better off. But they aren’t, because of government policy that makes sure the rich get ever richer. But let’s be clear, it wouldn’t matter to Chait or Lowery or the rest if the global poor were doing better or not. They’d just come up with another reason why globalization rocks. Because it does. For them.

Image of Jonathan Chait licensed under CC BY-SA 3.0, via Wikimedia.