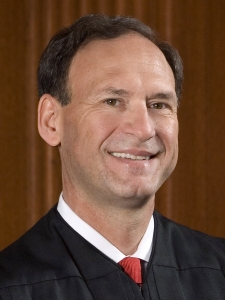 Alito attempts to get around Smith through a kind of bait and switch. “A law that discriminates against religiously motivated conduct is not ‘neutral,'” Alito writes, and he tries to paint this law as one that singles out religious conduct — and religious conduct alone — for inferior treatment. “The [Washington State Board of Pharmacy] has specifically targeted religious objections,” Alito claims. “Upon issuing the regulations, the Board sent a guidance document to pharmacies warning that ‘[t]he rule does not allow a pharmacy to refer a patient to another pharmacy to avoid filling the prescription due to moral or ethical objections.'”

Did you catch what Alito did there? First, he complains that the state “specifically targeted religious objections.” Then he supports this claim by noting the Board’s warning that “the rule does not allow a pharmacy to refer a patient to another pharmacy to avoid filling the prescription due to moral or ethical objections.” But “moral and ethical” objections are an entirely different concept than “religious” objections. The implication of Alito’s opinion is that the only basis for a moral or ethical viewpoint is religious faith. But that is an offensive suggestion that redefines the words “moral” and “ethical” in an idiosyncratic way.

Image of Justice Alito is in the public domain.

8 thoughts on “Why Yes, Samuel Alito Is the Most Evil Man on the Court”