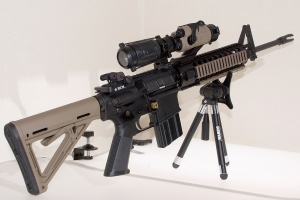 I went to the hospital to give some blood. So I heard some NPR. Despite what conservatives will tell you, NPR is not liberal. It is the most scrupulous news source you will find in terms of telling you what the two “sides” think on any issue. So I wasn’t surprised to hear the two sides of the debate on gun rights debate well represented. There aren’t just two sides of any issue, of course. And the two sides they presented were center-right and far-right — at least by any any international standard.

The two sides of the gun rights debate are familiar to you all. On the one side, you have the people who don’t want to do anything. They claim that it won’t do any good. The fact is, of course, if making guns slightly harder to buy would completely solve our gun violence problem, they would still be against them. So they are disingenuous. On the other side, you have people who think that “the least that can be done” is whatever. They want to close the gun show loophole or ban assault rifles or stop people on the terrorist watch list from buying guns.

The Least That Can Be Don’t Won’t Do Much

Over the last several decades, the left has given into the right on gun rights. And has there been a meeting of the minds in the middle? Have we gotten what President Obama likes to call “common sense gun laws”? No, of course we haven’t! We’ve simply gotten a more radical right-wing. We used to have a right wing that thought that proposals to ban hand guns was tyranny. Now we have a right wing that thinks that any limit to gun rights is tyranny. If a mentally unstable man can’t buy an assault rifle and 500 rounds of ammunition at a gun show, the Nazis are coming tomorrow.

There’s a bigger problem with doing the least that can be done. When we do the least and it does no good, the right wing can say, “See! Told you it wouldn’t work!” We need to think bigger. We need to think a lot bigger. Zack Beauchamp wrote a great article, Australia Confiscated 650,000 Guns. Murders and Suicides Plummeted. That’s not surprising; that’s what happens when you actually try to solve a problem.

Dianne Feinstein’s assault weapons ban might make people feel better. But it will be the typical American thing: not effective except as a pacifier. Did I mention that that there are more than 3 million AR-15s in the United States? And that was back in 2012. And that’s just one kind of assault rifle. I have no idea how many other assault rifles there are. But if you include guns in general, you find there there is just about as many guns in the United States as there are people.

Guns Won’t Protect Us from Tyranny

I don’t understand the issue either. I remember when I was a libertarian. Everyone was certain that if guns were taken away, then there would be tyranny. But the truth is that military technology has outgrown the idea of people defending themselves with their guns. Give the people all the guns, rocket launchers, and flame throwers they want! If the government wants to take over, it will.

We protect our liberty by protecting our democratic institutions. That means that people like the Bundys actually make us far less safe from tyranny. Are you afraid of government overreach? Fight for a strong media! Fight against funding for the CIA and the NSA! Fight for government transparency! Don’t fight for allowing ever more guns in this country.

But again: I’m not too concerned about the gun nuts. The leftists in the United States have empowered the gun nuts by trying to pacify them. We don’t need to slow the increase of gun ownership in the country; we need to lower the total number of guns Americans own. Because our fanatical commitment to guns is going to lead us toward tyranny. It won’t do a damned thing to protect us from it.