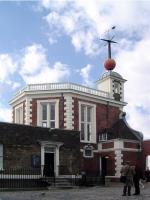 On this day way back in 1675, King Charles II ordered that the Royal Greenwich Observatory (RGO) be built. If you’ve ever wondered why we have the random Greenwich Mean Time, it is thanks to this iconic observatory — the first specifically built one in Britain. It really isn’t an observatory anymore. Slowly, work at the RGO was moved to other, more appropriate locations. Since 1998, it is a museum. But what a museum! That’s my idea of a good vacation — as long as there are pubs close by.

Oh, what a long way we’ve come! Just 340 years ago we had kings who cared about theoretical and practical science. And now here in the United States, we have a major political party for whom science is but a play thing to be used when it furthers its ideological goals but mostly just ignored and treated with derision. A civilization cannot long flourish when half of its people look down on the smart people “who think they’re better than us.” I’ve written about that before.

But it is nice to look back on a time when the power elite of the world weren’t quite so evil and parochial as we are here in the United States. I often wonder: would we be worse off with crazy King George III or with “reasonable” Republicans like Jeb Bush and Marco Rubio and John Kasich? It probably would be the same. It doesn’t matter if a leader is insane or he simply thinks he must pretend to be to maintain power to do what he sees as his most important work: taking money from the poor and giving it to the rich.