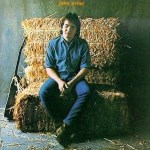 After all these years, John Prine’s song “Hello in There” still gives me chills. In fact, it can bring me to tears if I’m feeling a little bit down. It was off his first album, John Prine, which is still my favorite of his albums, although I’ll admit that maybe it isn’t his best album. It’s hard to say. Every song is great. He does have a tendency to break momentum between chorus and verse. But it is a smaller problem with “Hello in There.”

The issue of old people being forgotten in our society is an important one. It is the result of our economic problems — the devaluation of work and expertise. I’ve seen it a lot in high tech and I have to admit to being very pleased to be out of it. If you look at old coders — people who cut their teeth of COBOL and FORTRAN — they know everything. Unlike the 20-somethings who can code the most recent fad programming language for little money, the old ones understand the whole context. They understand that it still all comes down to putting bits on silicon and pushing them through a CPU.

Of course, there is another side of this. I go out of my way to talk to old people. But sometimes, they are so starved for conversation, that they don’t know how to have a conversation — they just perform a repetitive monologue. I don’t blame them — it’s our fault. But it’s frustrating. Still, I think Prine is right:

So if you’re walking down the street sometime
And spot some hollow ancient eyes
Please don’t just pass them by and stare
As if you didn’t care, say, “Hello in there, hello.”

Album cover image taken from Wikipedia, licensed under Fair Use.

10 thoughts on “Morning Music: Hello in There”