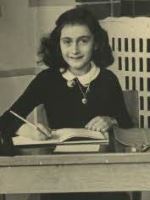 I think we are all in agreement that if Anne Frank had not believed that her diary would be protected for 95 years, well, she never would have written it. Right! I mean, that’s what writing is all about: making as much money as you possibly can for as many years after your death as possible. Because it isn’t even really about you or your family. It’s about the corporation that owns your work. The last thing you would want is for your work to be widely and freely available. Let’s not forget: the world changes a lot faster than it used to, so copyright needs to be a lot longer.

Wait. That doesn’t make sense, does it? I mean, the song “Yesterday” is really old. In any reasonable sense of the term, it is in the public domain. It doesn’t really belong to anyone. Certainly if it had been written in 1865 instead of 1965, it would have been well out of copyright fifty years later. And that was when times were slower. It made more sense. It might take decades to get the whole world humming “Yesterday.” In 1965, it took a couple of months. Today, it takes a couple of hours. Yet copyright length is more than twice as long as it was in 1865.

I started with Frank’s work, because two weeks ago, Michael Hiltzik wrote, The Squabble Over Anne Frank’s Diary Shows the Absurdity of Copyright Law. The Anne Frank Fonds owns the copyright to the diary. It is now 70 years after the murder of Anne Frank. According to the law in Europe, the diary should be in the public domain this January. But Fonds is having none of that! This is because they claim that her father, Otto Frank, is the co-author. He died 1980. Thus, we must wait until 2050 at the earliest for the book to belong to the people.

It turns out that the Anne Frank Fonds does a lot of good work with the money that it makes. But what it is doing with its copyrights is exactly the same as what any other soulless corporation is doing. The most recent US copyright law — the Sonny Bono Act — increased copyright to 95 years. As Hiltzik put it:

The act wasn’t aimed at encouraging artistic expression, [Arizona State law professor Dennis] Karjala says. It was pushed by corporate entities such as the Walt Disney Co, which would soon lose rights to the earliest films featuring Mickey Mouse. “They were all concerned about the cutoff of the royalty spigot,” Karjala says.

It’s just a corporate game. When I last wrote to Dean Baker about Fantasia not being in the public domain, he said, “It’s all about Mickey Mouse (literally).” Indeed it is. Oh, the money that would be lost to a bunch of people who have never had a creative idea outside the realm of finance in their lives! The truth is that I’m sure that the Anne Frank Fonds would get along just fine without the copyright to the diary. And I’m sure that the MLK family would get along just fine with the copyright to his “I Have a Dream” speech.

But these are the “good causes” that are trotted out to justify a totally out of control copyright system — one that does nothing to encourage writing and a great deal to harm it.