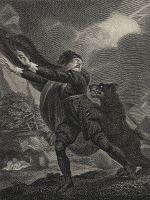 According to PM Carpenter, The Literary Apocalypse Has Arrived. One of the great pleasures of reading him is experiencing his references — both to literature and history. But he’s also something of a curmudgeon. In this case, he is upset at the news that the Oregon Shakespeare Festival (OSF) has announced that “it will commission 36 playwrights to translate all of Shakespeare’s plays into modern English.” Oh, the horror!

Let’s be clear what’s happening here. Even among the vast majority of people who like Shakespeare, appreciation is pretty thin. In fact, at this point in time, it is impossible for someone to just see one of his plays performed and appreciate much more than the basic story line. True: good productions can hammer home the meaning. But appreciation of the words — the puns and meaning — is missing. People don’t get it.

What’s more: the words that Shakespeare wrote didn’t sound at all the way they did in the early 17th century. If Shakespeare were performed today the way he was performed then, modern audiences wouldn’t even be able to make out words. It would be like listening to someone tell a story in Gaelic. Yet there is no outrage about this. Why? Because it has slipped away, inch by inch — the “translation” has occurred so as to be invisible. But does that make it any less important? I certainly don’t think so.

Thus, I don’t see the big deal of translating the plays. I also don’t think it is worth doing except for a handful of plays. The very idea that everything Shakespeare wrote has literary merit is repugnant to me. And I’m not just talking about lesser known monstrosities like Cymbeline. I’m none too fond of Hamlet. It’s a fascinating play, but one that is fatally flawed. The reason it continues to be performed says far more about the needs of actors and directors than the wishes of audiences.

The good thing about these translations is that they will lay bare the uncomfortable truth that many of The Bard’s plays are really not that good. It really isn’t because the language is so difficult that people don’t much care for The Winter’s Tale. At the same time, it will highlight things that work really well like Macbeth and A Midsummer Night’s Dream — interestingly, two plays that work surprisingly well with the old words.

The bad thing about these translations is that they are wasting resources that could be better spent elsewhere. Does anyone who might happen to be at the OSF really need a new way to enjoy Romeo and Juliet? That’s especially true when there are really interesting plays in other languages that have never been translated. Lope de Vega wrote literally hundreds of plays. Yet to my knowledge, only one of them has been translated into English, Fuente Ovejuna. Is Lope as good a playwright as Shakespeare? I can only tell you this: not one in a thousand people at the OSF is in a position to say. Similarly, I only know of one of Cervantes’ Ocho Comedias y Ocho Entremeses to have been translated, The Cave of Salamanca. Oh, how American theater could use some time away from the British Isles!

I also question just how successful these translations will be. If the translators approach the plays as the imperfect works they are, it might be fine. But if they approach them as ancient relics that must be studiously honored, it’s going to be a catastrophe. As it is, what’s going to be done? So much of Shakespeare involves saying the same thing over and over again. In the opening of Richard III, Shakespeare uses 18 lines to say, “We were at war and now we are at leisure.” He uses another 14 lines to say, “But I’m angry about this because I’m deformed and no one loves me.” Don’t get me wrong: I like it. But it’s not just the worlds that out of date: it’s the whole approach to drama.

The idea is not a bad one. It doesn’t mean that after the translations are complete, the original versions will be burned. And it doesn’t mean that people will stop performing the old plays. It’s just another way for people to enjoy the plays. That ought to be welcome to Shakespeare lovers. As for me, I think we have far too much Shakespeare in our lives. His plays push many repellent ideas — not least of which the idea of nobility being a question of breeding. But if you are one to say that all the world can be found in the plays of The Bard, then the more the merrier, right?

81 thoughts on “The Good and Bad of Translating Shakespeare”