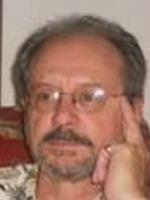 I’ve been a reader and, frankly, fan of P M Carpenter for a long time. But lately, I wonder about him. I’ve noticed that a lot of liberal bloggers seem to be unable to see reality when it comes to their pick for the Democratic presidential nomination. I suppose there is some of that with me too. I’ve defended my personal choice: Bernie Sanders. But I’ve also been clear that I think he has a relatively low ceiling of support. I hope I’m wrong, but that seems to be the case. Maybe it is because I rather like backing losers, but I’m certainly not going to make up stories about how Sanders is going to win the nomination, become president, and end up the first man over 70 on the moon.

For a while, it’s been apparent that Carpenter is a supporter of Joe Biden. That’s fine. As should be clear to everyone, Democrats are very fond of all of them: Clinton, Biden, and Sanders. I really like Biden and as I’ve said publicly many times before: he’s the best retail politician around — distinctly better than Bill Clinton, who is no slouch. But Carpenter recently published, My Biden Scenario. And in it, he looks at — Wait for it! — approval ratings. What’s more, he looks at approval ratings in Iowa and New Hampshire. Ugh!

My political science professor used to talk about “yellow dog” districts where you could run a yellow dog and as long as she was a Democrat, she’d win. Well, that is akin to the way I see the 2016 election. As long as the economy continues to grow, it won’t matter who the Democrats run and even more, it won’t matter who the Republicans run, the Democrats will keep the White House. This may explain why I don’t much care who gets nominated. I have my choice, but the others are fine.

My liberal colleagues seem to be so concerned about who gets nominated because they don’t believe what I do about the economic fundamentals of presidential elections. I’ve never gotten the impression that Carpenter hates Hillary Clinton. I assume that he will happily vote for her in the general election. It is all about vague notion of electability. But even with that, does it make any sense to talk about favorability ratings between an announced candidate and a vice-president who no one is paying attention to? Clinton’s favorability rating was sky high before she started running.

Of course, Carpenter is no fool. He realizes that Biden’s approval rating will go down after him announcement. But he piles so much hope on top of this as to make it a useless analysis. In his speculation, Clinton’s approval rating will continue to go down. But will it? I mean, her husband had terrible approval numbers before he didn’t. As all these fake scandals move to the background, her numbers are likely to improve. But regardless, Carpenter is looking at the two states that Sanders is hammering on. And most national polls that include Biden show Clinton with a clear lead with Sanders and Biden a distant second and third.

As I said, I really don’t care. But I also don’t think that the Democratic nomination contest needs Joe Biden. I’m looking forward to the debates, which I think will be good — and substantive. If Biden joins in, they will be that much better. But approval ratings? In Iowa and New Hampshire? I love P M Carpenter’s work, but he’s reaching further than the minions.