I’ll tell ya, you can tell when I’m on the road. Normally, I would not post two article from the same source in one day. This isn’t a philosophical thing, although I do try to mix it up. It is that when I’m at home, I have my RSS feed. So things come in all mixed up. But when I’m out, I’m stuck with my crummy phone. And so I tend to stick with single outlets. That’s especially true of Vox, which displays really well on my phone. (Interestingly: Frankly Curious does not; I’ve really got to do something about that.)

Anyway, Vox is a great source. I really like the site Lawyers, Guns, & Money, but it is very much an old fashioned blog with a lot stuff that is either pathetically brief or too obscure without cluing me in on what’s going on. Vox is great at cluing me in regardless what the subject is. Anyway, so one of the excellent articles I read was Amanda Taub’s The Fear and Insecurity Behind Putin’s Bizarre New Workout Video. The video is of Putin and his beta Dmitri Medvedev working out in the gym. Taub thinks it is pretty pathetic. I’m not so sure — they look pretty good for guys their age. But putting it out is pathetic, that’s for sure:

According to Taub, these videos and the other ones we know so well (shirtless horseback riding) are not the result of an autocrat exercising his ego as Mussolini did. They are rather a calculated propaganda tool of an autocrat with a weak grip on power. As long as he is invading Crimea, the people know he is “strong” and don’t need videos of him working out. But when his popularity slips, he wants Russia to know, “He Tarzan; he strong.” It shows just how paranoid these leaders are, because Putin is hugely popular in Russia. But whatever. 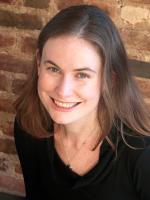 What I find fascinating is how my fellow Americans scratch their heads about Putin’s approval ratings. But Putin’s high approval ratings are mostly due to the exactly the same things that gave the last two Bush presidents such high approval ratings: chest thumping and war mongering. Apparently, humans just love this kind of thing. But they just can’t see that they do the same thing. A good example of this was France during the Iraq War. It wouldn’t allow the US to fly some fighter jets over its air space. The people of France loved it. But Americans decided that France was awful and weak. That’s right: they thought that France was weak for not just bowing down to the US.

When the attacks of 9/11 happened, I had many reactions. I was saddened, of course — even disgusted. But I was also self-critical. First, I knew (and I can document publishing this on that very day) that we would use the tragedy inappropriately. We would do things that the government had long wanted to do, but really nothing to make the country safer. But I also thought, “What did we do now?” That wasn’t to justify the attacks; I don’t think they are justifiable. But I knew that they didn’t just happen. The US interferes with every country on the globe. All kinds of people have all kinds of really good reasons for being pissed off at America.

But almost no one now (and even fewer at that time) would admit such a thing. No, it is the greatest myth of America: we just mind our own business and people hate us for no reason at all. That’s why we have troops stationed in almost 150 countries and bases in 38 countries. This, above all, is what Americans need to understand: we are just like every other country. We aren’t “exceptional” except in our power, and that only makes us worse.

So Putin is working out on video? How is that different from Obama playing basketball or Bush clearing brush? It isn’t.

3 thoughts on “Yes, the Russians Are Silly — Just Like We Are”