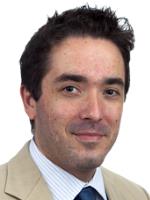 For years, in response to political pressure, the Centers for Disease Control have been effectively prohibited from researching gun violence as a public health and safety issue unto itself. Two months ago, in the immediate aftermath of the Emanuel AME church massacre in Charleston, South Carolina, when a powerful House panel torpedoed a piece of legislation that would’ve permitted the Centers for Disease Control to study the root causes of gun violence, House Speaker John Boehner defended this sort of interference.

“The CDC is there to look at diseases that need to be dealt with to protect public health,” Boehner told Todd Zwillich, The Takeaway’s Washington correspondent, at a Capitol press briefing. “I’m sorry, but a gun is not a disease. Guns don’t kill people — people do. And when people use weapons in a horrible way, we should condemn the actions of the individual and not blame the action on some weapon.”

Guns are not microbes, but neither are automobiles, unhealthy foods, slothfulness, or any number of other unhealthy things that the CDC researches, unencumbered. When a bullet pierces human flesh, that body becomes extremely ill right away, no less than when a body flies through a windshield or experiences a severe electric shock. But where government actively regulates cars and construction sites — indeed is applauded for doing so — it simultaneously takes steps to abstract guns from the harm they cause, and silence public officials who refuse to play along.