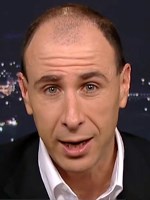 I constantly find myself at a loss to understand what mainstream commentators think about the Republican Party with respect to recent immigrants — most especially Latinos. It really makes me wonder who treats Latinos worse: the Republicans or the commentators. Because you would really have to think that Latinos are idiots listening to the arguments for what the Republicans should do to appeal to them. Thus it is with an article Jonathan Chait wrote last week, How Donald Trump Destroyed the Republican Party’s Best-Laid Plans.

It started by noting that the Republican’s “most important strategic imperative” was to “narrow the gap between its core voting base and the immigrant communities.” That’s just nonsense. The most that the Republican Party has ever been willing to do is try not to go out of its way to insult the immigrant community. There was never any way to narrow the gap between Latinos and the Republican base, because hating immigrants (and just about everyone else) is more or less what defines it. The plan was always to make the party seem softer to immigrants, but not to do a damned thing.

Chait claimed that the first thing that the Republicans needed to do was pass immigration reform. It’s now three years since I started hammering on this issue. Just at the very top, this makes no sense. The Republican approach to it was always, “Okay, we’re going to do this one thing for you, and then we don’t ever want to hear from you again!” This was not something that was ever going to appeal to the Latino community. My argument all along has been that passing some symbolic legislation is not going to fool immigrants when it is only too clear that the Republicans are doing it with great reluctance. As it was, a two decade path to citizenship wasn’t good enough for them. They couldn’t do it cheerfully, so why do it at all?

But the other side of this is that immigrants are like everyone else. Immigration just isn’t that big a deal to them. A Gallup poll back in 2012 found that Hispanics rated healthcare, unemployment, economic growth, and inequality above immigration as their top issue. But I get it: immigration is a disqualifier — an issue that is necessary but insufficient. But that just gets us back to my main point, which is that Latino voters are not going to vote for Republicans because they make one ostentatious display, while being willing to do less than nothing about the issues that harm the poor in this country.

Chait went on to claim that the second thing that the Republicans needed to do was keep control of the debates. Well, if that was the case, they certainly didn’t agree. The party just threw up its hands and allowed the cable news channels to decide how to do the debates. But it is on this subject that Chait brings up Trump — as though there wouldn’t have been at least one major candidate who saw political gold in appealing to the most predictable aspect of the base.

The Republican Party depends upon angry white people for its power. It is not going to release its grip on this base because it sees that in the future this will be untenable. The Republican Party will change when it has absolutely no option to do anything else. Chait is just silly to think that the party’s discussion of immigration reform was ever serious. And he’s unintentionally offensive in thinking that Latinos and others would buy the little con that he thinks the Republicans should be running.

2 thoughts on “Latinos See Through GOP Even Without Trump”