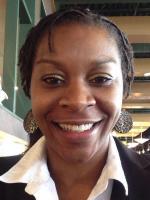 Sandra Bland, a young African American woman, was pulled over for “improperly signaling a lane change.” The officer then arrested her for assaulting a police officer. She was in jail for three days, and then right before getting out, she apparently hanged herself. I love the “assaulting a police officer” charge. The police commonly brutalize people during arrests, but if they get accidentally slapped in the process: “Police brutality!” But we know it is all nonsense, because the police department put the arresting officer on “administrative duty” because they claim that the arrest was improper.

The question is why did a simple traffic stop turn into an arrest. Bland was not some street kid. She was a college graduate who had recently moved to Texas for a job working at her alma mater, Prairie View A&M University. But she was from Chicago, so maybe she was just too sassy with the officer. In fact, I’m 99% certain that is what happened. The greatest crime in the United State is to not show the police enough respect. And as the police get less and less respectable, they demand this respect more and more. They think they deserve it. I think they deserve unemployment.

Many people don’t accept that Bland killed herself. I don’t have as hard a time accepting this. People who are not used to being in jail have a tendency to freak out about it. And even after three days in jail, it may have simply occurred to the 28 year old Bland that her live was over. Now she would have an arrest and almost certainly a felony on her record. It is quite understandable that she would not see the situation in perceptive. She was, after all, someone who had done everything right: went to college, got a good job. And now this.

What I fear will happen in this case is that the jail video will show that she did in fact kill herself. And that will be the end of it. But that isn’t the end of it. People don’t just end up dead in jail cells. She was there because a wimpy police officer got his fee-fees hurt because the woman from the big city didn’t treat him right. And then, they put her in a badly maintained, under staffed jail where a number of other people have managed to kill themselves without being noticed.

The original sin was with the arresting officer. And he brutalized her. As is seen in a video of the incident, Sandra Bland says, “You just slammed my head into the ground, do you not even care about that?” But of course they don’t care about that. They have bigger issues on their minds. They have egos the size of Manhattan that are fragile as a sickly egg. And if it takes beating up young women and oppressing them into suicide, that’s okay. Because the police must be respected. And young Africans Americans like Sandra Bland don’t matter.

I am not a violent man. And this feeling won’t last. What’s more, I know this is a systemic problem. But right now, I so want to see that police officer publicly whipped. If that happened, it would perhaps have an effect on the systemic problem that is our racist and fear-based policing.

4 thoughts on “We Know Why Sandra Bland Is Dead”