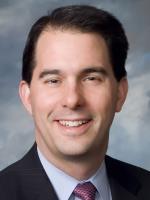 I keep reading really annoying bits of news. This one is about Scott Walker, but it doesn’t matter. I read the same basic thing about all kinds of Republicans, “A new Marquette Law School Poll finds Governor Scott Walker’s job approval rating has fallen to 41 percent, with 56 percent of registered voters in Wisconsin saying they disapprove of how he is handling his job as governor.” This always makes me blurt out, “Then why did you vote for him?!” Well, in part, it is that only six months ago, the wise people of Wisconsin thought differently, “In the previous poll, in October 2014, Walker’s approval among registered voters was 49 percent, with 47 percent disapproving.” But really: has anything he’s done been a surprise?

Oh yes, I know: he signed the “right to work” law that he always seemed to be saying that he wouldn’t sign. But there was never a question about that. And then there is his horrible budget — necessitated by his conservative policies. But again: this is not a surprise. Scott Walker wasn’t transformed into some horrible creature when he woke up on 5 November 2014. This is the man that the wise people of Wisconsin — the ones that are so unhappy with him — voted for. 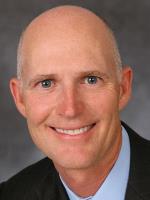 I’ve notice recently that a lot of my articles end with something like, “But what do you expect when only conservatives vote?” And similar sentiments. I do believe that I’m going crazy. I need to install a punching bag next to my computer just so I can get through the day. My level of frustration is clearly having a negative effect on my life. Just the same, the level of sensibleness on the part of the average American is having a deadly effect on this country. And I’m going right along with the country, the world, and the shoreline in Florida.

Speaking of which, we see that Rick Scott way back in February was not liked by the people in his state, “Scott has a negative job approval rating, with 42 percent of voters approving of his performance and 47 percent disapproving.” But he still managed to win re-election last November from the wise people of Florida. Again: on 5 November 2014, he was not more horrible and scary and fit for a Wes Craven film. He was the same guy. He wasn’t hiding who he was. He was quite clear. Although I will give the wise people of Florida this: Charlie Crist wasn’t much of an alternative.

It is at times like these that I regret having stopped using expletives on this blog. Because I could really use some right now! But here is the thing. When I was a kid, I was a true believer in America. In a lot of ways, I still am. I’m far more of a patriot than a million conservative pretenders like Scott Walker, Rick Scott, or literally hundreds of others that I could name off the top of my head. But I can deal with it. I can watch as my county is destroyed even while being nominally a democracy. What I cannot take is seeing my country destroyed while the rest of my countrymen stand by and complain about the bastards that they elected just a couple of months earlier.

12 thoughts on “Swing State Voter Regret Is Killing Me”