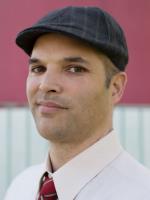 Former North Charleston police officer Michael Slager has already been fired and charged for the murder of Walter Scott. Still, one has to wonder: “Would this guy have gotten away with this without the video?”

Nonwhite America has watched police lie compulsively about incidents like this for as long as there have been police. You can open the law books and find cases like the Scott murder in almost any state of the union, in almost every year, going back decades and decades.

The only difference is that in the past, before everyone above the age of two had a cell phone, the insultingly lame explanations of the police (“The gun just went off”; “The suspect suddenly took a swing at me”) were almost always swallowed whole, by juries and the media alike.

3 thoughts on “Cops Lie and Are Believed Without Video”