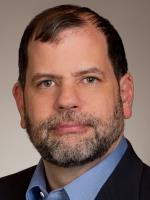 I get so aggravated by people just repeating the same lies over and over again, with the hope that people will just accept them. Case in point, last week at The Upshot, Tyler Cowen wrote, It’s Not the Inequality; It’s the Immobility. This is a perfect example of a headline used by a Very Serious Person. Yes, silly people like me care about inequality, but that’s not the problem at all! The problem is immobility. I guess Cowen is using the word “mobility” instead of “equality of opportunity” since that phrase has now been totally destroyed as the apologetic drivel that it always was.

Technically, there is a difference between mobility and equality of opportunity. What Cowen is pushing is the old Milton Friedman idea that it doesn’t matter if almost all of productivity gains go to the rich, as long as their rising tides lift all boats. But look at just what a fraud Cowen is; he wrote, “[W]hile we have talked incessantly about the disproportionate gains of the top 1 percent, the wage slowdown in the United States in recent decades is a bigger problem for most people.” He’s right in the second half of that. But does he really expect us to believe that the decoupling of wages and productivity is not a direct result of things like the decline of labor unions that have allowed the rich to capture all of those productivity gains as increased profits? 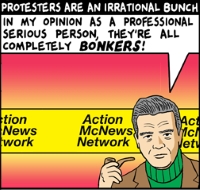 He goes on to say that inequality shouldn’t necessarily be a negative term. I agree. A certain level of economic inequality is desirable. For example, some people want to work less and are willing to sacrifice the extra money that goes with extra work. And no one has a problem with incentives. But given the staggering level of inequality in the United States and to a lesser extent the developed world, how can anyone talk about inequality being a good thing? If Cowen wants to have this conservation, he can bring it up when corporate CEO wages are back down to 50 times the average worker pay. Until then, inequality is indeed a very bad word.

The entire article is so filled with caveats that it made my head spin. But the point of the whole thing is very clear: let’s not look at inequality! Instead, we are supposed to look at “immobility.” And how? By making it easier to become a doctor or a lawyer? Oh no! We can’t do that. That might cost Tyler Cowen’s friends money. Instead, “[C]onsider the licensing of occupations like interior decorators and barbers.” This is a favorite of upper class columnists everywhere. Those barber licenses are really what’s keeping the poor down! (Note: I think many of these kinds of regulations are stupid. But I’ve written much in the past of the kinds of things that I, as a micro-business owner, find most difficult in making a living. Licensing requirements are greatly overstated as a barrier to doing business.)

He ends the article with some brilliant but pernicious apologetics:

[W]e are likely to be better off if we keep our eye on the ball, identify what really helps people the most and do whatever we can to increase economic mobility. That is a practical program that we all should be able to endorse.

The whole point here is that we shouldn’t pay attention to income inequality. “Pay no attention to that man behind the curtain!” The fact, however, is that inequality is largely the cause of immobility. Dean Baker took on these issues in an article, Tyler Cowen’s Three-Card Monte on Inequality. In addition to mentioning many of the same things I did, he noted that inequality itself can reduce productivity growth. And most important of all, “[M]any of the policies that would most obviously promote equality also promote growth.” But this is what Cowen — or any of the Very Serious People — wants to talk about. He just wants to talk about how we can improve the lives of the poor by dislocating the middle class. And never, never, never think about the justice of the rich extracting all the productivity gains of the economy for themselves.

3 thoughts on “The Rich Want You to Focus on “Immobility””