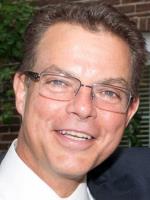 Is Shepard Smith trying to get fired?! Actually, I doubt it. He’s just a bit of a loose cannon. And let’s just be clear here: he’s gay and he’s liberal — maybe not liberal like I am, but liberal like Hillary Clinton is. He is like this festering boil of humanity and reasonableness on the body of Fox News. And when he oozes some actual truth onto the screen, it is a thing of beauty. But if he ever pops, it will be transcendent.

On Friday’s Shepard Smith Reporting, he did a segment on the Supreme Court taking on same-sex marriage this term. In discussing it, he said, “Not in every case, but in most cases, the same states which were fighting integration, are fight this as well: those states that always seem to be behind the curve for reasons that are explainable and understandable.” Whatcha mean by “explainable and understandable,” Shep? I know that gives the network some wiggle room, but we all know what you mean: the reason these states fought integration before and are fighting same-sex marriage now is because they are controlled by bigots.

And it gets even better. John Bussey notes that there is still disagreement on same-sex marriage and Smith interrupts him and says, “There’s still disagreement on segregation!” You should watch it. Smith seems to know that he has to be very careful. It reminds me of an old article at Gin and Tacos, Fatigue Factor, “I recall distinctly from the years of being a Republican… It was exhausting, frankly, to keep one’s motives hidden.” What he was talking about was the way that Republicans claim they need to enact voter-ID laws before the voter fraud, when it is just a way to stop Democrats from voting. Smith’s in a more difficult position where he can’t even be honest with what policy he’s in favor of. But you can just tell that he’s pleased as punch:

But is Shepard Smith really in danger of losing his job? Probably not. A commenter over at Media Matters, JimWolf359, noted, “I don’t think it’ll happen. He makes good window dressing for Fox. ‘See? We are fair and balanced when we want to be! Just ask our token liberal, Shep if you don’t believe us.'” I hope he’s right. I probably wouldn’t think much of Smith if he were at CNN or MSNBC. But at Fox News, his awkwardness and liberality is charming.

There is one question. Rumor has it that in his recent contract negotiations, he tried to get the okay from the network to him to “come out.” They weren’t willing to do that. Apparently, their target audience (85 year old white men) is still anxious that television screens can transmit The Gay. But if same-sex marriage becomes the law of the land, will Fox News allow Smith to get married? Time will tell.