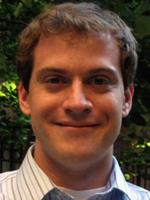 A common misconception is that polarization goes hand-in-hand with lobbying and special interests. On the contrary, corporations and industry groups typically pursue bipartisan strategies. In fact, contributions from industry PACs, corporate executives, and lobbyists flow more freely to the ideological center than to the ideological extremes. For better or worse, lobbyists and interest groups seek to build coalitions, and this often requires engaging the lawmakers most likely to be pivotal.

Political contributions are often portrayed as a means by which special interests hash out quid pro quo deals. In truth, they more closely resemble a form of expensive targeted advertising. Lobbyists value lawmakers who can understand, internalize, and act on their concerns. This puts a premium on lawmakers who obtain positions of power on important committees or establish themselves as policy experts, but lobbyists will ultimately attempt to persuade anyone willing to listen.

Fund-raising from small donors calls for a different set of talents. The most successful small-money fund-raisers mix media exposure with partisan taunting and ideological appeals. Fund-raising superstars Alan Grayson and Michele Bachmann have demonstrated this. During the 2010 election cycle, small donors (those who contribute $200 or less) gave $3.4 million to Grayson and a record-shattering $7.5 million to Bachmann. Overall, ten percent of House candidates raised over fifty percent of small-donor dollars. Moderates were less successful in attracting small donors. In fact, Bachmann alone raised more from small donors than the combined amount raised by all 48 Blue Dog Democrats running for reelection.