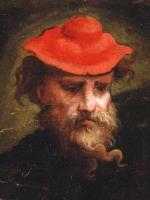 On this day in 1503, the great painter Parmigianino was born. He was one of the great Mannerist painters — highly influenced by Antonio da Correggio. His work is know for its elongated figures such as Madonna with the Long Neck. What I find compelling about Mannerism generally, is that it isn’t slavishly dedicated to perspective like the High Renaissance. It was a move to make art not so much as nature is, but as nature ought to be. Parmigianino was very important in the development of the school.

Most of what we know Parmigianino for is his religious work, but he was better known as a portrait painter during his own life. It is hard to find much of his stuff online. And the following image of Gian Galeazzo Sanvitale is not the greatest, with the light reflection. But you will get the idea: 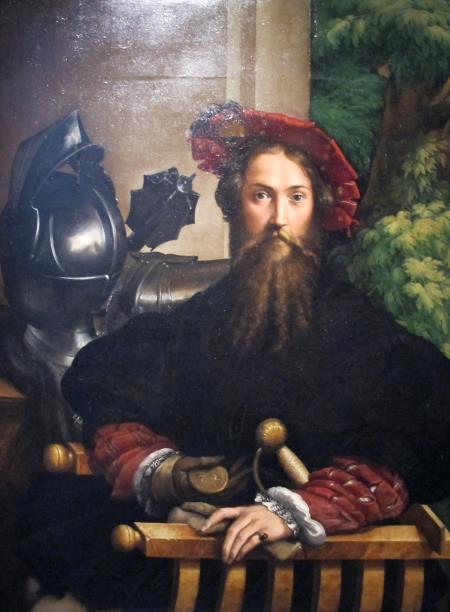 The image at the beginning of this article is a self-portrait from the year Parmigianino died at the age of 37 from a “fever.” He looks like he’s in his sixties. Times were hard. But the following self portrait was made when he was 21. It was painted on a convex panel by looking at himself in a convex mirror. It’s an amazing piece: 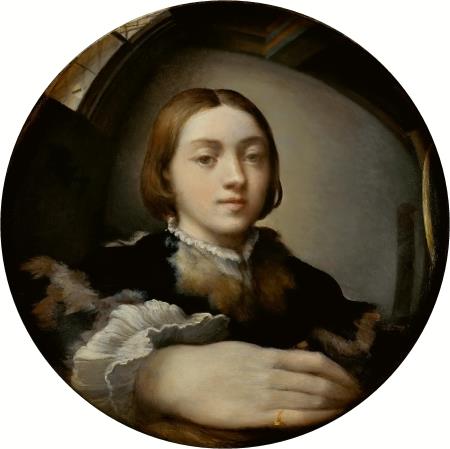