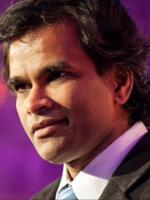 Over at The Upshot this morning, Sendhil Mullainathan wrote a very soothing article on a very difficult topic, The Measuring Sticks of Racial Bias. The basic idea is one that readers around here should be well aware of: the racism that we need to worry about is not the overt racism of Cliven Bundy. It is the subconscious racism like what Jesse Jackson spoke about, “There is nothing more painful to me at this stage in my life than to walk down the street and hear footsteps and start thinking about robbery. Then look around and see somebody white and feel relieved…” It’s our gut reactions — far less conscious than even what Jackson is referring to — that maintain our inequality and our racial segregation.

I think that Mullainathan is too gentle in his conclusion, but he is exactly right:

Ugly pockets of conscious bigotry remain in this country, but most discrimination is more insidious. The urge to find and call out the bigot is powerful, and doing so is satisfying. But it is also a way to let ourselves off the hook. Rather than point fingers outward, we should look inward — and examine how, despite best intentions, we discriminate in ways big and small.

Over the past many years, I’ve been obsessed with my own racist baggage. Even among the stuff that I’m aware of — like the Jackson quote above — I feel largely helpless. It does get better over time, but that’s just the stuff that I’ve noticed. I often think that I’m sitting on an infinite pile of racism. In his article, Mullainathan lists a number of different studies that have demonstrated subconscious racism. I’d like to believe that I’d do better, but I cannot say that I would.

The best know study was done by Mullainathan himself: resumes were sent out for job openings with randomized black (eg, Jamal) and white (eg, Brandon) names. Identical resumes with white names got interviews 50% more than those with black names. But the most disturbing study was this one:

When doctors were shown patient histories and asked to make judgments about heart disease, they were much less likely to recommend cardiac catheterization (a helpful procedure) to black patients — even when their medical files were statistically identical to those of white patients.

You would think that doctors would be systematic about this kind of thing — almost like a computer: you enter the state of the patient and the treatment is spit back out. And I suspect that this is to a large extent true. This racial bias just shows how deep our racist tendencies lay and how powerfully they affect us.

At the same time, dealing with overt racism is difficult. On the one hand, it is repellent. I always wonder what is going on inside of people who are willing to say publicly, “I want to tell you one more thing I know about the negro” — and say that blacks sit around waiting for their welfare checks and how much better off they were as slaves. One thing is for certain: they aren’t losing any sleep about their subconscious racist tendencies. So I think these people should be lambasted because we don’t want to live in a society in which such vile thoughts are acceptable.

Just the same, outrage about such horrible behavior is usually a bad thing. There is a certain triumphalism as though the fact that we don’t have wisdom to impart “about the negro” means that our less public racism isn’t a problem. Or, as I hear from conservatives, that it doesn’t even exist. And the problem isn’t just in the realm of racism. Remember when everyone got upset at Todd Akin for claiming the female body had ways to “shut that whole thing down” in cases of rape? But does that make Rand Paul — who believes in exactly the same policies — acceptable, just because he isn’t as stupid as Akin?

I will continue writing about the vile and stupid things people say — just as I write about movies and music and puppets. But the real thinking — the real work — about racism needs to be done on the inside. The fault, dear readers, is not in their words, but in ourselves.