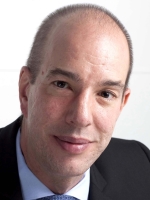 Before President George W Bush left office, a group of conservatives lobbied the White House to grant pardons to the officials who had planned and authorized the United States torture program. My organization, the American Civil Liberties Union, found the proposal repugnant. Along with eight other human rights groups, we sent a letter to Mr Bush arguing that granting pardons would undermine the rule of law and prevent Americans from learning what had been done in their names.

But with the impending release of the report from the Senate Select Committee on Intelligence, I have come to think that President Obama should issue pardons, after all — because it may be the only way to establish, once and for all, that torture is illegal.

That officials at the highest levels of government authorized and ordered torture is not in dispute. Mr Bush issued a secret order authorizing the CIA to build secret prisons overseas. The CIA requested authority to torture prisoners in those “black sites.” The National Security Council approved the request. And the Justice Department drafted memos providing the brutal program with a veneer of legality.

My organization and others have spent 13 years arguing for accountability for these crimes. We have called for the appointment of a special prosecutor or the establishment of a truth and reconciliation commission, or both. But those calls have gone unheeded. And now, many of those responsible for torture can’t be prosecuted because the statute of limitations has run out…

The spectacle of the president’s granting pardons to torturers still makes my stomach turn. But doing so may be the only way to ensure that the American government never tortures again. Pardons would make clear that crimes were committed; that the individuals who authorized and committed torture were indeed criminals; and that future architects and perpetrators of torture should beware. Prosecutions would be preferable, but pardons may be the only viable and lasting way to close the Pandora’s box of torture once and for all.

—Anthony Romero
Pardon Bush and Those Who Tortured