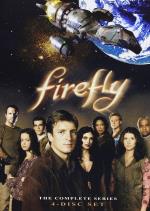 I saw over at Reason Magazine that they published one of those dreadful articles, “The Five Best Libertarian Television Series.” I’m not going to look it up, because it is nonsense and frankly, I don’t feel that the racist and elitist Reason deserves a link. The list included things like House of Cards, which really isn’t a libertarian show. Ditto for The Wire. Apparently, any series that shows the government in a negative light is libertarian. It also contained South Park, which really isn’t libertarian so much as iconoclastic. But given that the creators seem to be libertarian with a much bigger ax to grind against liberals than conservatives, I figure Reason thought that was enough.

The last show I had heard of was Penn & Teller: Bullshit! That’s an interesting choice. I only saw one episode of it and it was definitely what passes for libertarianism in this country: it was a total whitewash and apologia for a huge multinational corporation. They took on the very important issue of whether Walmart was really providing minimum wage jobs. And what a surprise: Walmart pays more than minimum wage on average! Of course, unless even the CEO was paid minimum wage, the average wage would have to be higher. It was an amazing example of straw man argumentation. But the show was more than that. It also showed a whole lot of great things that Walmart was doing for their employees. That’s the great thing about libertarians: corporations don’t even have to pay them to create PR material.

But what most struck me was that many Reason readers were upset that Firefly was not on the list. The only libertarian thing about the show is Mal who talks a lot like a libertarian. But he’s not a libertarian of the kind that reads Reason. He isn’t an idealist. He just wants to be left alone. And he doesn’t live in the United States or Sweden. He lives under an authoritarian government — one far more invasive than even that in North Korea. What I’m saying is that Mal isn’t a libertarian idiot who claims that paying taxes is equivalent to slavery. And he certainly isn’t an Objectivist who who doesn’t believe in altruism, given that Mal is one of the most altruistic characters in the whole show.

The main thing that makes a libertarian a libertarian is their resistance to paying taxes. I wrote about this just yesterday, Why Do Libertarians Tend to Be Republican? I mention this because I know there are libertarians who would claim that the show is libertarian because Mal is self-sufficient. Indeed he is. But I don’t know where libertarians got the idea that they are especially self-sufficient. After all, as Ha-Joon Chang discussed in, 23 Things They Don’t Tell You About Capitalism, people in poor countries are more entrepreneurial. Libertarianism doesn’t appeal to these people; it appeals to a bunch of privileged idiots who are just convinced that “they did build that” or at least they would have if only the government had gotten out of the way.

Mal in Firefly has actually headed out on his own. It would be equivalent to disappearing into federal land or taking to the high seas. The libertarian plan is to whine and complain that the government is oppressing them at the same time that they take advantage of every government program available. And more! They actually distort the political system to push more of that sweet, sweet tax money to themselves. Show me a libertarian and I’ll show you piles of government subsidies from student loans to government contracts.

The thing about Firefly is that it is about a group of people who all care for each other. Trust me, I know the libertarian counter to that: those people choose to be part of that group. Well, so do we. There really are places that libertarians could disappear to if they really wanted to. That probably wouldn’t be the case in their libertarian utopias, because literally every square inch of land and sea would be owned by someone — or perhaps just “one.” But of course libertarians don’t run away from it all because they like the things that our mixed economy provides. Well, I’m being unfair. Some people do this, but it usually ends in incest and other less than utopian outcomes.

So please libertarians, keep your ideology off Firefly. I see why you think it is “libertarian.” I’ve long seen it. But there is a very big difference between “This government is authoritarian!” and what you believe, “All government is authoritarian!” Remember, George Orwell was a socialist and Aldous Huxley was a liberal. Huxley was also a mystic, so sorry atheist libertarians. Of course, Joss Whedon is a humanist. Most of us aren’t that fond of government; we just think it is a hell of a lot better than living in Walmart World.

I will provide an exception for drug users. There are libertarians who just want to be allowed their drugs and are tired of paying so much for them and being thrown in jail. I understand such libertarians. But such libertarians would never even consider voting for the Republican Party given that they are responsible for the original War on Drugs and then for really ramping it up under Reagan and then Bush. I am assuming here that drug libertarians are not as clueless as the rest of them.

44 thoughts on “Firefly Is Not a Libertarian TV Show”