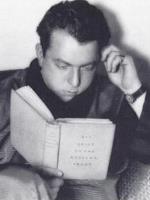 On this day in 1895, the great film director Lewis Milestone was born. He was one of “those” directors. You know the kind: directors who did consistently excellent work but who are never really held up as great. People like Michael Curtiz. Meanwhile, people write dissertations about Alfred Hitchcock, even though the main thing I think about him is that his films never looked very good. I don’t get it.

One reason that Milestone may not have quite the reputation he deserves is that he worked his way up in the Hollywood system. As a teenager, he emigrated from the Ukraine. While serving in the army, he worked with the Signal Corps making short films like, “The Toothbrush” and “Posture.” (Really!) After that, he went to work under Henry King and eventually William Seiter, as editor, writer, and assistant director. And he made his debut as writer-director in 1925 with, Seven Sinners — a wacky silent comedy about a couple of thieves who rob a house, only to find that three other groups are doing the same thing. It sounds like a lot of fun, but good luck finding it anywhere.

Milestone is best known for making one of the greatest war films ever, All Quiet on the Western Front — for which he won an Academy Aware for Best Director, not that it means anything. When he is remembered, it is as a great director of war films. There were others such as Edge of Darkness, A Walk in the Sun, and Pork Chop Hill. But he was so much more than that. He did it all and he did it well. He directed an excellent version of The Front Page, a couple of Steinbeck stories (Of Mice and Men and The Red Pony), and even musicals like, The General Died at Dawn and Anything Goes.

But in the 1950s, Milestone was “graylisted” — never called before Congress, it was generally believed that he was a commie sympathizer and so he found it hard to find work. I figure it actually all goes back to All Quiet on the Western Front. Real Americans, then as now, are supposed to love war all the time. So he was forced to work in television and in England. Eventually, he came back with Pork Chop Hill. Then he made the hugely successful Ocean’s 11. And then, he made the mistake of taking over for the great Carol Reed in the troubled production, Mutiny on the Bounty. (For the record, I quite like the film. I think the problem with it is that films often get reputations before they are released. Check it out if you haven’t seen it. In addition to everything else, it is gorgeous.) It lost money and he basically never worked again in feature films. (He was hired to direct a couple of films but was quickly replaced.)