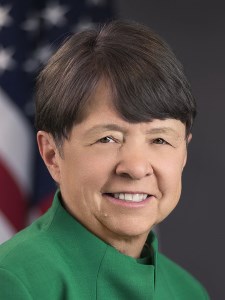 Ah, Mary Jo White! Obama has nominated her to run the SEC. There are good things to say about her. And Obama has said them all. And there are bad things to say about her and I will talk about them shortly. But all you really have to know is that Obama nominated her. Therefore: she will not do anything to upset Wall Street. Look, Obama is a Wall Street kind of guy. He loves those peoople! Just look at who he’s surrounded himself with. Obama wants to look forward! Except, of course, when it comes to the prols who don’t know their place. Then it is, “Deport that man!” Then it is, “Prosecute that whistleblower!” Then it is, “Kill that copyright infringer!”

So let me explain where we are with White. When she was a prosecutor, she was very tough. But this was against terrorists and organized crime. When it came to banks, well, not so much. Oh sure, she went after the little, relatively powerless banks. But when it came to a big bank like Bear Stearns? No! No criminal charges for them. They were involved with allowing organized crime to pump up the price of penny stocks they owned in order to dump them. Dylan Matthews interviewed Gary Weiss, author of Born to Steal, about this matter.

That bothers Weiss, who thinks White was looking out for her post-prosecutor career rather than for the public’s best interests. “Why weren’t they prosecuted? I’ve never gotten a satisfactory answer to that… I know there was an active Morgenthau investigation, but when it comes to wrongdoing by the major banks, they would much rather be representing them than prosecuting them,” he alleges. “As a career builder, would you rather prosecute these guys or defend them? Obviously, they would much rather be on their side.”

I suddenly remembered that this is the same Mary Jo White who has built the latter part of her career leveraging her position in governmental law enforcement positions to land lucrative private-sector jobs defending Wall Streeters. In moving through that revolving door, she has been a part of a corrupt culture that has weakened the power of the very law enforcement agency President Obama is now nominating her to run.

Matt Taibbi provides information on a very troubling moment of White’s career as “defender of the masters of the universe,” Choice of Mary Jo White to Head SEC Puts Fox In Charge of Hen House. He tells the story of how White worked to undermine SEC investigator Gary Aguirre’s investigation of insider trading by John Mack, who would later become the CEO of Morgan Stanley. It was a clear case of insider trading and White used her inside connections from her years as a prosecutor to quash the investigation. Taibbi contacted Aguirre to find out what he thinks of the nomination. He said, “Obama is not going to clean up financial corruption by pinning a sheriff’s badge on Wall Street’s protector-in-chief.”

But then, Obama would only pin a sheriff’s badge on Wall Street’s protector-in-chief. The Huffington Post reports that last year on an NYU panel, White questioned, “Whether banks had committed crimes ahead of the financial crisis. She warned against trying to prosecute ‘mistaken behavior, what is even reckless risk-taking.'” And that’s exactly the kind of person that we need heading the SEC: someone with a “boys will be boys” attitude when it comes to the crimes of the rich and powerful.

Image of Mary Jo White is her official US government photo and so is in the public domain.