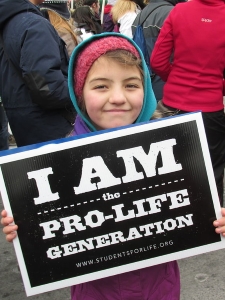 I’m very pleased that the Supreme Court struck down Texas’ anti-abortion law, HB2. It was a law that required that any abortion clinic have admitting rights to a hospital. Conservatives claimed this was for the health and safety of the patient. Of course, abortion is an incredibly safe procedure. No one was in any doubt that the law was enacted to limit access to abortions.

The numbers on the matter are really quite amazing. A total of 19 abortion clinics shut down as a result of the law — 11 of them on the very day the law took effect. And this isn’t the first such law. For years, conservative local and state governments have been coming up will all kinds of laws that just happened to make it harder to get an abortion.

I find this interesting because I don’t ever recall being in an argument with a libertarian in which they didn’t make the argument that local control was always better. But cases like this where individuals’ rights are limited are overwhelmingly done by state and local governments. I guess when libertarians talk about liberty, it is meant only to apply to rich white men.

Scott Lemieux wrote a good rundown of the decision, Why the Supreme Court Couldn’t Tolerate Texas’ Abortion Laws. What I thought was most interesting about it was what he said about the dissent:

Another striking indication of how specious Texas’ justifications for its law were is how little of the 60 pages of the dissenting opinions, written by Justices Clarence Thomas and Samuel Alito, actually defend the law as not constituting an “undue burden.” Rather, both Alito and Thomas focused on technical, jurisdictional arguments that would have prevented the Court from hearing the case.

They know. Everybody knows. Conservatives are disingenuous when it comes to abortion law. But the fact of the matter is that conservatives are disingenuous about everything. That’s especially true when it comes to economics. They say that we must cut the taxes of the rich so that we will have more economic growth. But because of conservative economic policies, there’s been no correlation between worker pay and productivity. Again, they know.

Above All, the Media Knows

Of course, I don’t blame the conservative politicians: they are getting rich by helping out other rich people. I blame the media. The media most definitely know. They knew that Texas passed HB2 to stop women from getting abortions. But they didn’t cover it that way. Instead, they said that the bill required that abortion clinics had admitting rights to hospitals. That did have the advantage of being true.

But when it came to the purpose of the bill, well, then it is just a matter of opinion. Everyone knew. If only HB2 started, “This bill is meant to stop women from getting abortions. You see, we can’t just outlaw abortions because of the Constitution. So we offer this bill to make running an abortion clinic so onerous that almost all of them will shut down.” In that case, then the press could have reported it. But no inductive argument — regardless of how strong — will ever do for American media.

That’s because our media is made up of a bunch of wimps who are far more worried about conservative ideologues calling them liberal than history calling them evil.

Anti-Choice image by Miss.Monica.Elizabeth (own work), licensed under CC BY-SA 3.0, via Wikipedia.

20 thoughts on “The Disingenuous Nature of Conservative Politics”