Back on Monday, Matt Yglesias wrote an article that got a surprising amount of attention, American Democracy Is Doomed. It was based on the idea of Juan José Linz that presidential systems are inherently unstable. Linz argued that there is a tendency for them to turn into, well, exactly what we are seeing today in America. A good example is Mitch McConnell’s claim that the Republicans’ “top political priority… should be to deny President Obama a second term.” Check out the video of him saying it — he can hardly keep from laughing, he’s so pleased with himself.

I’ve lately heard “serious” political commentators claim that there was nothing wrong with saying that. It is what all political parties should do. I think it is important to note that this was said when the country was still in bad shape. What’s more, he and the rest of the Republicans had been acting that way from the very start when we were in crisis. I certainly think that that kind of behavior is understandable and expected. But not acceptable. The ultimate question for the Yglesias’ article, however, is whether it is inevitable.

Jonathan Chait wrote a response the next day, There’s a Chance American Democracy Is Not Doomed. That sounds like typical Chait snark, but based on the article, I would have to say that he means it literally. He’s arguing that we aren’t necessarily doomed, but most likely we are. This hardly makes me feel better. But let’s think about his argument.

Chait thinks that the problem is not the system but conservatives themselves. While I accept this, it doesn’t much help. If you look at the the following graph of filibuster use, you will notice something interesting: 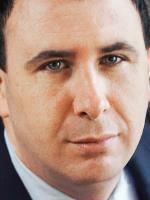 The ultimate American example of partisan dysfunction is the Civil War. Chait counters this idea by noting that the problem wasn’t what Linz described. I don’t think it much matters. We can expand the model. But I think it already is part of Linz’s model. The Civil War was not the result of a disagreement about slavery. Lincoln didn’t do anything about slavery — he only got elected. It was effectively just that the southern states had given up on democracy. I don’t see much difference between the way that the Democrats responded to the election of Lincoln and the way the Republicans responded to the election of Obama.

None of this means that the American system is doomed to fail. I happen to think that it is, but I’m not especially concerned about this mechanism. America is just well into its imperial phase and we are on the way out because we have too many vested interests with far too much power. The modern corporation doesn’t feel like it has to earn market share; it can just buy it through political means. But what’s going on with the Republican Party is quite frightening, and I can well imagine the US turning into a fascism long before our empire crumbles.

One thing is for certain. This argument of Chait’s will not save us:

American conservatism’s power is deeply rooted to white American racial identity. That identity formed a plausible national majority for much of America’s history, but its time is rapidly slipping into the past. The steady growth of racial minorities is projected to continue for decades. Eventually Republicans will adjust to the new demography, which means they will have to abandon conservatism as we know it, which has only appealed to white voters in the context of racial polarization.

This is a common fantasy of liberals. It is totally ahistorical. The definition of “white” is fluid. Once Italians were not considered white. Once Jews were not considered white. The Japanese may not be considered white today, but they aren’t used as an example of “those people” as they once were. Latinos may not be considered white, but certainly within two generations at the most, they will be. The conservative movement has always been great at slicing and dicing groups of people. It is more or less what their movement is all about. So increasing diversity will not save us from conservatives, because they will find a way to divide the people into the “deserving” and the “moochers.”

And in the end, Linz may well be right. There may be no way to limit this kind of racist power other than by allowing many political parties to flourish as they do under a parliamentary system.